Virender Sehwag rated India s 2007 win of inaugural World T20 as the most special one as nobody had expectations from the young unit that was led by the newly appointed MS Dhoni.

Virender Sehwag believes India are favourites to lift the 2019 World Cup to be held in England. Sehwag, himself, has been a part of India s World Cup triumph in 2011 and he also played his part in the sides WorldT20 win in 2007.

We are favourites to win the 2019 World Cup, Sehwag said during the launch of Boria Majumdar’s book Eleven Gods and A Billion Indians at the Fannatic Sports Museum in Kolkata.

Sehwag said that the Indian team under Virat Kohli has the potential to win a Test series abroad despite their 1-2 defeat in South Africa earlier this year.

This team has the capability to win Test series outside India. We could have won the first or second Test if we played one session well with the bat, said Sehwag, who is the director of cricket at Kings XI Punjab (KXIP) in VIVO IPL 2018.

Sehwag was asked if the current Indian pace attack that comprises the likes of Mohammed Shami, Bhuvneshwar Kumar, Jasprit Bumrah and Umesh Yadav is the best till date.

In our days, we had (Javagal) Srinath , Zaheer (Khan), (Ajit) Agarkar and Ashish (Nehra). But they rarely got to play together and when they did we reached the final in the 2003 World Cup. This lot is really good. They can deliver in any conditions, Sehwag added.

Sehwag rated India s 2007 win of inaugural World T20 as the most special one as nobody had expectations from the young unit that was led by the newly appointed MS Dhoni.

I think 2007 World Cup (World T20) win is the best. We won there with a young team and a new captain. Nobody expected us to win, he recalled. 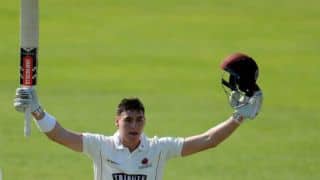