T10 Cricket League, a franchise-based tournament, will make its debut on December 14. Virender Sehwag, the only Indian to play in the league, believes this will be the perfect format to play in the Olympics.

While football was included to Olympics in early 1900s, Sehwag believes T10 cricket, which spans around 90 minutes, can become the next addition.

“They are talking about cricket being part of Olympics and I think this is the right format. It s a 90-minute game just like football match. It’s the right format if ICC is thinking about association of cricket with Olympics,” Sehwag said in a report published by DNA.

A game for all

“Many countries can play this format. One bowler or batsman can win you a game. Many countries want to have cricket in Olympics, it s a shorter format and a good concept. ICC will have to think if they want to take the game to Olympic. Even smaller nations, who play four-day cricket, can be part of it,” added Sehwag. 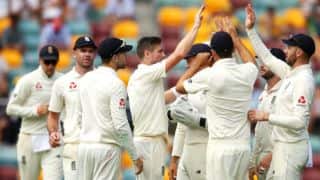