Virender Sehwag up for grabs

Virender Sehwag up for grabs

Will Sehwag attract buyers when the who’s who of IPL meet in Bangalore?

Virender Sehwag’s mediocre run in all forms of the game has cost him a retention deal with Delhi Daredevils. Rumour has it that the franchise offered to keep Sehwag, albeit at a lower fee. But the struggling batsman and former captain chose to jump into the auction pool. And that means Sehwag, who was signed as an ‘icon’ player in 2008 and later retained after Indian Premier League (IPL) 3, will be up for grabs for the first time in seven years.

So will Sehwag attract buyers when the who’s who of IPL meet in Bangalore? Yes, team owners are smart investors and all that, but there is no disputing the fact that Sehwag is still a crowd puller. Not to forget that he has a sound cricketing brain and, significantly, no airs of a superstar.

Don’t be surprised if teams like Kings XI Punjab and Rajasthan Royals go for him. With Adam Gilchrist and Rahul Dravid (respectively) no longer there, these franchises are desperately in need of a captain.

“It’s too premature to say who we will buy and who we won’t,” said Raghu Iyer, CEO, Rajasthan Royals. They don’t have a Shane Warne or Dravid this time around. Yes, Dravid is very much the mentor and chief strategist of the side, but he won’t be setting fields or effecting bowling changes. Royals have always preferred to be a low-profile side with an inspirational leader at the helm.

Don’t count out the Mumbai Indians and Hyderabad Sunrisers either. The men who take all the decisions at MI are John Wright, Anil Kumble and, to a large extent, Sachin Tendulkar. Sehwag could very well be part of their plans.

What’s more, he has represented Reliance One in office cricket. VVS Laxman has a lot of say in the Sunrisers Hyderabad set-up and the former India batsman could well bat for his long-time pal. 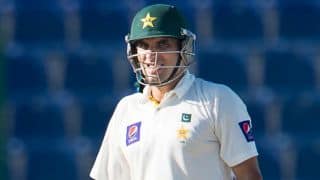