He set the precedence by calling back Bob Taylor 31 years ago during the historic 'Jubilee Test' in Mumbai and no wonder Gundappa Viswanath is proud about Mahendra Singh Dhoni's gesture of deciding to call back Ian Bell at Nottingham yesterday. 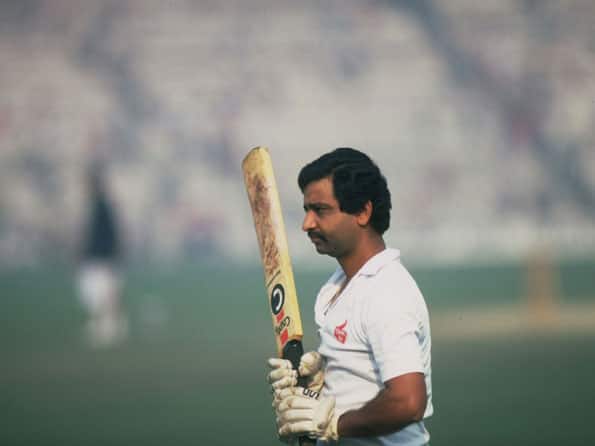 He set the precedence by calling back Bob Taylor 31 years ago during the historic ‘Jubilee Test’ in Mumbai and no wonder Gundappa Viswanath is proud about Mahendra Singh Dhoni’s gesture of deciding to call back Ian Bell at Nottingham yesterday.

“For me Spirit of the Game is of paramount importance rather than winning or losing a Test match. Obviously, as a captain you play hard to win a match. But there are times when it’s your inner call that tells you what is right. I really appreciate Dhoni’s decision to call Bell back,” Viswanath told PTI over phone from Bangalore.

During the ‘Jubilee Test’ back in February, 1980, England were in dire straits when Taylor was adjudged caught behind by umpire Jiban Dhan Ghosh off Kapil Dev’s bowling.

However, captain Viswanath asked Taylor whether he nicked it and the English batsman replied in negative. The Indian captain then called him back.

“It’s a step in the right direction by Dhoni after Praveen Kumar incident and Laxman being accused by English players for using vaselin in his bat. It feels good that some people still believe in the old world charm of showing true sportsman spirit,” he added.

Would he have taken off the bails had he been in place of Dhoni, Viswanath said, “Well, I don’t blame him. You are competing hard and at times you do it at the heat of the moment. But the good part is that you realize that it’s not the right way to play the game.”

However Viswanath, one of India’s finest batsmen, was a bit hurt that while hailing Dhoni, very few people remembered his gesture.

“I didn’t hear any of the commentators speak about that incident, neither did anyone refer about it,” the soft-spoken Viswanath seemed genuinely hurt.

But he was quick to point out that Bell’s decision wouldn’t have more impact than that of India’s poor batting on the second day.

“I guess we lost the initiative during India’s first innings when wickets fell in a heap,” he concluded.

I am proud of the team for playing the game in the right spirit: Kumble