This is Kent's fourth win in a row and keeps them on top of the South Group.

Afghanistan allrounder Mohammad Nabi starred for Kent Spitfires with a 12-ball 43* that fired the English county team to a nine-wicket win (DLS) over Surrey at The Oval in the 2019 Vitality T20 Blast.

Rain reduced this match to 13 overs per side, which then turned into seven after a further deluge after one ball was bowled.

Australia’s World Cup skipper Aaron Finch hit an unbeaten 36 off 20 balls to help Surrey post 54/4 in their seven overs, after which Nabi was promoted to No 3 and blitzed five sixes and two fours to finish Kent’s chase in just four overs. Nabi had earlier taken the wicket of Ollie Pope in a 12-run over.

Nabi walked into bat in for the start of the second over after Imran Tahir trapped Kent captain Daniel Bell-Drummond lbw for 1. He hit three sixes off Rikki Clarke in the third over and then finished the match in the next over by launching Tahir for six, four, six from successive deliveries.

This is Kent’s fourth win in a row in the Vitality Blast and keeps them on top of the South Group. 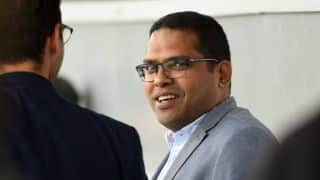 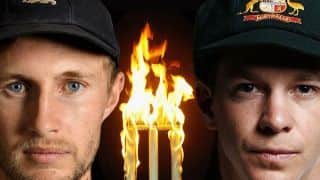