Hyderabad: Former cricketers VVS Laxman, SL Venkatapathy Raju and Hyderabad Cricket Association (HCA) president G Vivekanand condoled the death of former BCCI General Manager MV Sridhar on Monday. Laxman, Raju and others paid homage to Sridhar at his residence. “It is very sad. This is a shock. We played cricket together for long. We shared room [during playing days]. This is a big loss for all of us,” Venkatapathy Raju said. Sridhar’s death is a big loss for cricket, Vivekanand said. “He played Ranji Trophy well. He did good work in cricket administration. He efficiently handled cricket affairs as BCCI General Manager. He negotiated well in BCCI-ICC issues,” he said. BCCI condoles demise of MV Sridhar

“We thought cricket would benefit if he becomes BCCI general secretary,” added Vivekanand. Sridhar (51), who had recently stepped down as BCCI General Manager, passed away here today following a massive cardiac arrest. Sridhar was one of the pillars of Hyderabad cricket during the 1990’s and was also one of their better captains. With Mohammed Azharuddin busy on national duty for most of the 90’s, it was Sridhar and Abdul Azeem, who shouldered the burden of Hyderabad batting during that phase. A right-handed opening batsman, Sridhar played 97 first-class matches for Hyderabad and South Zone, scoring 6701 runs at a healthy average of 48.91. His highest individual score was 366. 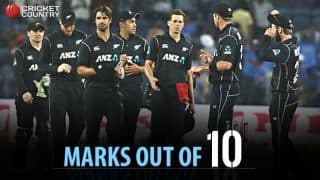 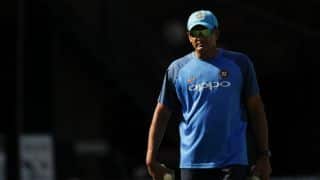