Getting disassociated with WADA could severely hit cricket s attempt to become an Olympic sport.

The World Anti-Doping Agency (WADA) has begun the process of making the ICC non-compliant to its revised code for signatories after cricket s governing body failed to bring the BCCI into the fold for testing of Indian cricketers as per the National Anti-Doping Agency (NADA).

In a report in today s Times of India, a WADA representative was quoted as saying that the ICC s case will be referred to an independent Compliance Review Committee (CRC) which is expected to meet in Lausanne in early 2019. WADA had given the ICC until October 4 to persuade the BCCI to instruct its cricketers to make themselves available to NADA for sample collection, but one that date lapsed it had no alternative but to take action.

TOI also reported that WADA s international, multi-departmental task force responsible for addressing code compliance-related issues had spoken with the CRC about the ICC. Should the ICC be disassociated with WADA, it will have 21 days for the time it receives a notice from the global anti-doping watchdog to challenge the decision in the Court of Arbitration for Sports.

Getting disassociated with WADA would not effect the ICC s ability to host its various global tournaments, but it could severely hit cricket s attempt to become an Olympic sport. The ICC s working group, headed by its COO Iain Higgins has been in correspondence with the CEOs of the various international cricket boards and all full members of the ICC barring India and Afghanistan have complied.

TOI quoted sources as saying that the Afghanistan Cricket Board has pleaded to not being able to adequately regulate their cricketers owing to poor infrastructure, and that the BCCI would not affiliate with NADA. TOI also reported that the Supreme Court-appointed Committee of Administrators (CoA) evaded the ICC s directive by stating that the various state associations of the BCCI take a call on what to do instead.

The BCCI maintains that the private agency it has hired to deal with doping regulations is compliant with all of WADA s norms, including the whereabouts clause that has been contentious in the past with some of India s leading cricketers, and that NADA upgrades its standards. 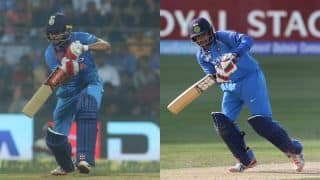 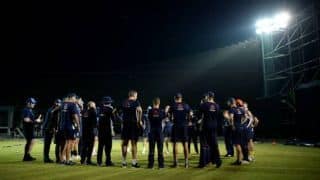 Sri Lanka vs England 2018, 3rd ODI, LIVE Streaming: Teams, Time in IST and where to watch on TV and Online