Kaushal became the first batsman to register a double century in the history of the Vijay Hazare Trophy.

Uttarakhand s Karanveer Kaushal, who became the first batsman to register a double century in the history of the Vijay Hazare Trophy, wants to be a world-class finisher like his idol, Mahendra Singh Dhoni.

I admire Dhoni. I always wanted to bat like him. I want to be a world-class finisher in the game. The way he plays, hits the ball and handles the pressure is world class. Indian cricket is lucky to have a cricketer like him. I would like to meet him someday and thank him for motivating me, Kaushal, who smashed 135-ball 202 earlier this month against Sikkim, told the Times of India on Tuesday.

The 27-year-old Kaushal achieved the feat in just his seventh List-A. The previous record was held by Ajinkya Rahane, who scored a scintillating 187 for Mumbai against Maharashtra in 2007 at Pune. I am really happy to break Ajinkya Rahane s record. He is a legend of the game he said.

If I meet Rahane someday, I will tell him about his record and will present him the scoresheet. He is a great batsman. I would love to take cricketing tips from him.

En route to registering the mammoth score, Kaushal admitted he had no clue about the record. Honestly, I did not know about this record. In fact, I wasn t aware about what the individual highest score was in the Vijay Hazare Trophy. When I notched up a double hundred and came back to the pavilion, my coaches and team-mates hugged me and told me that I am the first double centurion in Vijay Hazare Trophy history and have broken Ajinkya Rahane s record, he said. 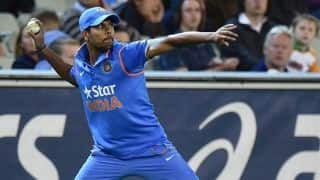 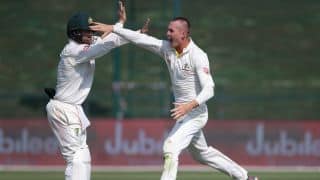