The ICC Test Championship requires each of the top nine Test nations to play six series each in a two-year cycle.

Can the ICC Test Championship flourish without India and Pakistan squaring off? Waqar Younis doesn t thinks so. The ICC Test Championship requires each of the top nine Test nations to play six series each in a two-year cycle. The two sides with most points will play the final. The format means that the championship can get off even without India and Pakistan playing a bilateral series. ALSO READ: Dean Jones, Waqar Younis indulge in friendly banter on Twitter

The sides haven t played a Test series in 10 years and only play each other in ICC events. The current political tension adds as catalyst to the whole situation. Waqar feels that the whole idea of Test Championship could be meaningless without the two popular sides playing each other.

Test Championship is a good idea. They have to probably think hard how to go about it because with Pakistan not playing India; that is not going to the help the whole thing. If these two countries play each other it will not only help the Test Championship but also help the relations between the two countries, Waqar was quoted as saying by Gulf News. You cannot really call this a Test championship if the top two teams are not playing against each other. How can you consider the others as champions or as No.1 and No.2 without these two teams not playing against each other as they are the two top teams.

Can be staged overseas

If India want to play Pakistan, they can even play them in England or in Australia. It doesn t matter where you play though the UAE is home for Pakistan, he added.

Waqar expressed his surprise over the new ODI league created by ICC as he already feels the international calendar is cramped up.

I am surprised whether we have the time for such a league. We have got World Cup, Champions Trophy, T20 World Cup and so many ICC tournaments and so, I don t think there is any room for it. We are trying to build this Test championship because we don t want Test cricket to suffer. We feel that Test cricket, if not held in England or Australia, it is suffering in other parts of the world, the 45-year-old further added. 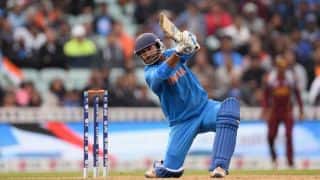 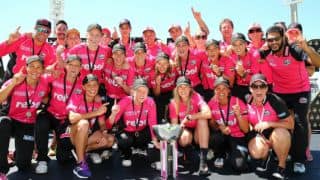