Young Arman has already created quite a few ripples in the Mumbai circuit. Last year, he had compiled gigantic scores of 473 and 498 in the Harris Shield marking himself out as a prodigy to look out for.

In his eight-year career so far, he has already scored quite a few hundreds in the school cricket circuit. In 2013’s Under-16 Vijay Merchant Trophy, Armaan scored 1,036 runs in the eight games, a fabulous feat considering that no other batsman has ever scored over a thousand runs in the tournament history. 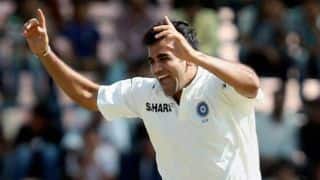