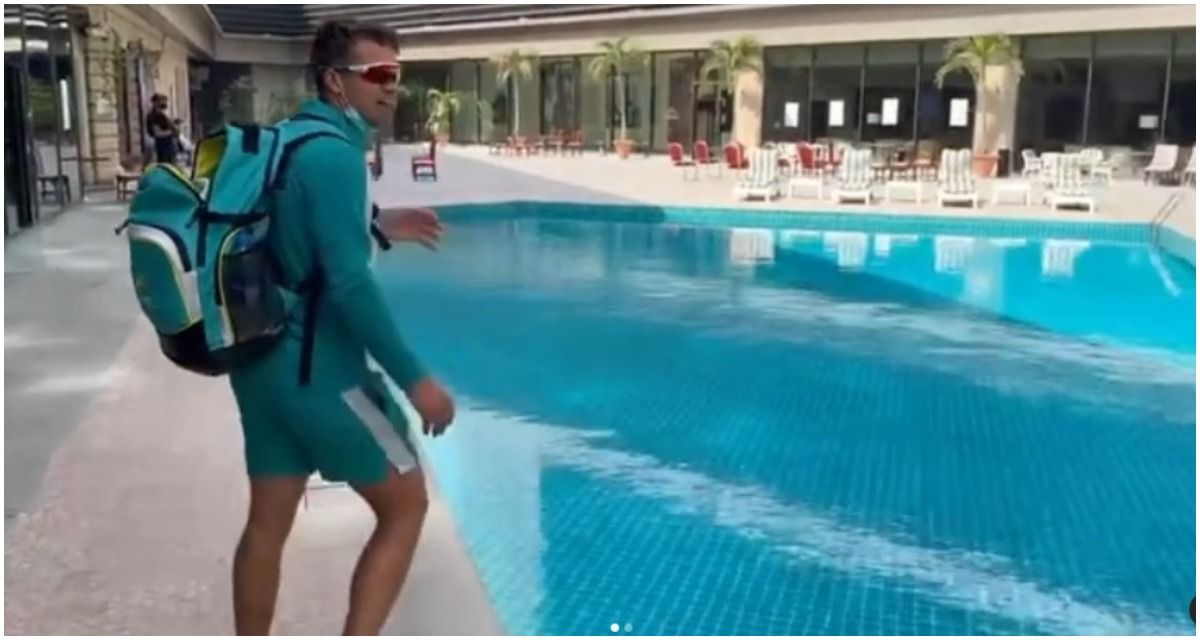 New Delhi: Australia’s wicket-keeper batsman Alex Carey leaves his teammates in splits as the 30-year old unknowing fell into the swimming pool of the team hotel. The video is uploaded by Test skipper Pat Cummins who is having a massive laugh about it.

In the video we see Carey having a chat with Nathan Lyon while walking and as the former was not looking ahead in his path, he accidently fell into the pool and the teammates just can’t get over it. In the process Carey threw his phone aside just in time from harm’s way.

‘his phone will be ringing wet’, Australian legend Brett Lee commented on this hilarious video. Glen Maxwell commented, ‘Phone can last 29 mins in the water kez you’re sweet’.
One fan commented, ‘We want full CCTV footage of this scene’. On the comment, KKR pacer Cummins replied, ‘Working on it’.
The 1st Test in Rawalpindi between the two sides ended in a stalemate as now they get ready for the penultimate Test at Karachi’s National Stadium on Saturday. The third and final Test will commence from 21st March.
Imam-Ul-Haq was adjudged as Man of the Match as he smashed centuries (111*, 157) in both innings of the game in Rawalpindi.
Nauman Ali was the best bowler in the match as he picked up 6 wickets for 107 runs. Australian batters Marcus Labuschagne and Usman Khwaja missed out on their hundreds as both were dismissed for 90 and 97 respectively.
First Published on
Last updated on March 11, 2022 11:26 AM IST
TOPICS:
Alex Carey Nathan Lyon Pakistan vs Australia Test Pat Cummins 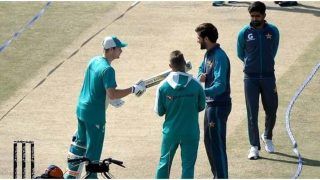 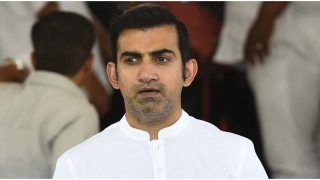