Bangladesh women had defeated India earlier in the league as well.

Bangladesh women‘s team created history after defeating India in the 2018 Women’s Asia Cup T20 final. This was the first time since its inception in 2004 that India did not not win the Asia Cup. Bangladesh Women showcased an all-round performance with bat, ball and field to win against India in a last ball thriller. Bangladesh had defeated India (as well as Pakistan) earlier in the league as well. Tamim Iqbal shared a video of the Bangladesh men‘s dressing room celebrating women’s win over India to claim their maiden Asia Cup title.

Bangladesh men’s team was in India for a 3-match T20I series against Afghanistan. Afghanistan, who had never won a T20I game against Bangladesh, whitewashed them. The Bangladeshi batsmen had failed to read Afghan spinners Rashid Khan, Mujeeb Zadran, and Mohammad Nabi, and lost heavily. 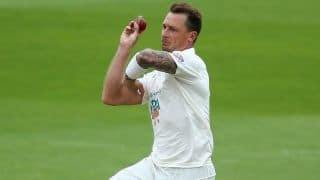