Pakistan are under trouble as they have lost six wickets for 114 runs at the time of writing.

Dubai: India and Pakistan are crossing swords at the Dubai International Stadium in their Asia Cup opener. India won the toss and opted to bowl. Bhuvneshwar Kumar gave India a solid start and dismissed Babar Azam for 10, at a team score of 15.

The wicket of Babar sent shockwaves in the Pakistan camp, however, Fakhar Zaman and Mohammad Rizwan stabilized the inning. They mixed caution with aggression and ensured that Pakistan have a good powerplay. Fakhar Zaman (10) was looking good but was dismissed on the second last ball of the powerplay by Avesh Khan.

It was a short delivery outside off and Fakhar wanted to cut it towards backward point. However, he got a faint edge and was sent packing. Interestingly, Fakhar walked without waiting for the umpire’s decision. Fakhar’s sportsmanship is being praised by fans on social media.

Mohammad Rizwan and Iftikhar Ahmed added 45 runs together and put Pakistan in a good position but both batters were dismissed in quick succession by Hardik Pandya. Khushdil Shah also fell to Hardik Pandya on a short ball. The triple strikes have pegged Pakistan back. They have Shadab, Asif Ali and Mohammad Nawaz in the tank and will need a score of around 150 to feel competitive. Meanwhile, Pakistan are 108-5 in the 16th over at the time of writing. 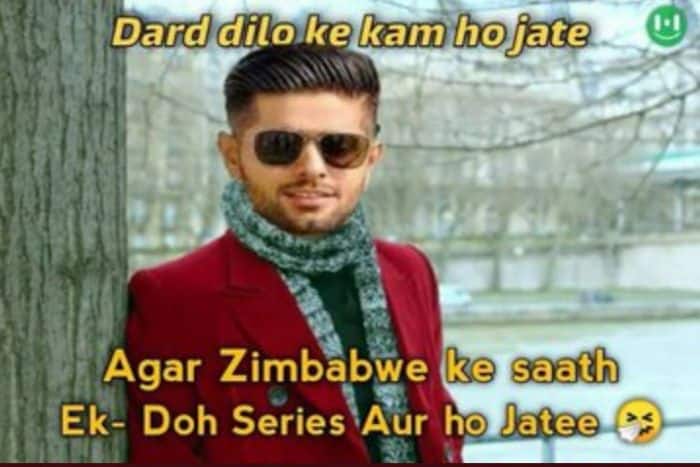