Mumbai will face the winner of the second semi-final, to be played between Delhi and Jharkhand, in the summit clash on Sunday.

Two-time champions Mumbai entered the final of the Vijay Hazare Trophy 2018-19 season after a 60-run win (VJD method) in a rain-interrupted semi-final against Hyderabad at the M. Chinnaswamy Stadium in Bengaluru on Wednesday.

Mumbai had as many as five India internationals (Rohit Sharma, Prithvi Shaw, Ajinkya Rahane, Shreyas Iyer and Dhawal Kulkarni) in their playing XI.

Rohit, who lead the Indian team to the 2018 Asia Cup title, was involved in a controversial catch in the slip corden. The incident occurred in the 19th over. Rohit was fielding at first slip when left-handed batsman Bavanaka Sandeep, who s 96 helped Hyderabad beat Andhra in the quarters, tried to cut a delivery behind square, but in the end, he edged it to Rohit.

Unconvinced about the catch, the umpire referred the decision to the TV umpire with Sandeep visibly upset after Rohit celebrated the decision.

Television footage showed that the catch was taken cleanly and Sandeep had to walk back after scoring 29 off 33 balls.

Mumbai will face the winner of the second semi-final, to be played between Delhi and Jharkhand, in the summit clash on Sunday. 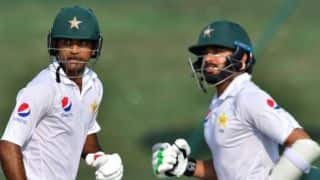 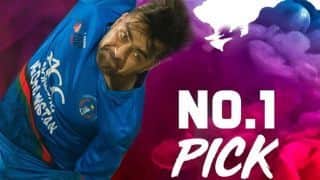