Rahane, who arrived in Mumbai from Australia along with four other members of Team India on Thursday morning, can be seen holding his daughter as fans shower flowers on the stand-in skipper. 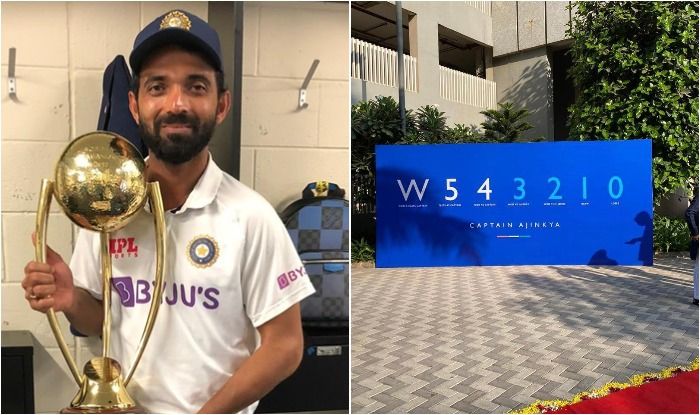 Rahane was greeted by his wife Radhika Dhopavkar and daughter at the Mumbai airport. Upon his arrival at the residence, he was welcomed with the beats of dhol, a garland of flowers and a red carpet. Rahane also cut a cake to celebrate the team’s win. Leading the team in the absence of regular captain Virat Kohli, Rahane rallied his troops following India’s humiliating loss in Adelaide and scripted a memorable turnaround to clinch the four-match series 2-1.

The 32-year-old set the tone a brilliant hundred in Melbourne, arguably one of the best overseas ton by an Indian batsman, and lifted the morale of the whole camp. His knock helped the visitors level the series 1-1.

In the third Test in Sydney, Indians secured a hard-fought draw, courtesy some fine batting performances and lot of grit shown by the likes of Cheteshwar Pujara, Rishabh Pant, Ravichandran Ashwin and Hanuma Vihari.

This is how @ajinkyarahane88 waa welcomed at his residence in Mumbai

Thank you to whoever recorded n shared with others. The country can participate in welcoming our hero pic.twitter.com/mkM3XqIEpb

In the fourth and final Test at one of the toughest surfaces – The Gabba, Rahane scored a quick-fire 24 off 22 balls showed his intentions and set up India’s thrilling run chase as the visiting team gunned down 328 runs on Day 5.

Meanwhile, five members of the Indian cricket team arrived from their Australia tour on Thursday morning and they have been advised to remain in seven-day home quarantine, officials said.

“The players are also advised to remain in home quarantine for next seven days,” Chahal said. 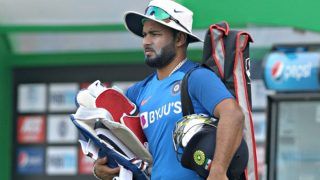 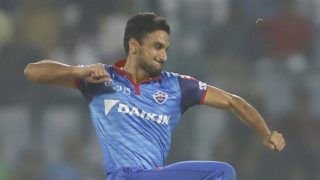