South Africa left-arm fast bowler Wayne Parnell has effectively ended his international career having signed a Kolpak deal with Worcestershire. The 29-year-old, who debuted for South Africa in 2009 and has 160 international wickets, last played for the country last October against Bangladesh.

“This is probably the toughest decision I’ve had to make in my career,” Parnell told ESPNcricinfo. “Of course, this wasn’t an overnight decision, it’s a very difficult decision and I am fully aware and understand the pros and cons of it. I have always enjoyed playing for my country since making my debut. I’d like to thank everybody who has supported me through thick and thin, my family, my friends.

“Special mention must go to the Eastern Province and Warriors unions for taking a risk and giving a kid from the dusty streets of Booysen Park a chance play this wonderful game. To all of those people who dislike me for whatever reason I thank you as well, you’ve helped make me mentally and emotionally tougher.”

Parnell admitted that being frequently in and out of the South Africa team and the shoulder injury he sustained in January earlier this year were the catalysts behind his move.

“After my serious injury in January I had three to four months out and really had time to reflect and think about what I want for the rest of my career going forward,” he said. It was a very tough period in my life emotionally and mentally as it could potentially have been a career-ending injury and my wife was heavily pregnant with our first-born son so I had a lot going on. You can’t really predict the future, so you try and formulate and plot a plan and see how it unfolds.”

Parnell isn t the first player from South Africa to have taken the Kolpak route. Earlier, Morne Morkel, Rile Rossouw and Kyle Abbott have also moved on and signed deals. He added that he would use his experience to deliver his best for Worcestershire, who two days back, won the Vitality Blast T20 defeating Sussex in the final.

“I am still young and I have plenty to offer to any environment that I’m in,” he said. “I have played more than 100 games for my country in all formats and I’ve loved every time I’ve put on the South African jersey and I’m almost certain that nothing can replace that feeling, certainly on the cricket field.

“The reality of life is that that goals and aspirations change all the time and it seems the Proteas have moved passed me since I’ve not really had any communications since I had my injury and then not going to India for the ‘A’ tours was also another indication.

“But I’m happy with that and I am comfortable with where I’m at and what I’m doing. I’ve thoroughly enjoyed my time at Worcestershire since joining up with them and I’m excited about my future with them.” 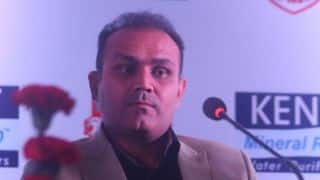