England captain Joe Root said the match was won and lost in the first innings both with bat and ball.

England captain Joe Root said the match was won and lost in the first innings “both with bat and ball.” He said South Africa escaped from a shaky 111 for five after being sent in, eventually making 284, largely through man of the match Quinton de Kock’s 95.

“We could have been slightly more consistent,” he said. “We gave them too many boundary balls. De Kock likes to score quite quickly and that allowed him to play in the manner he likes to bat.”

That was followed by a poor batting performance which meant a first innings deficit of 103.

“From that point on we fought very hard to get back into the game and we turned up today with a real that belief we could win the Test match,” said Root. “At lunch me and Ben looked at the scenario and it was pretty much the same equation as it was (against Australia) at Headingley not long ago.”

Root said England needed to lift their game at the start of Test matches.

“The thing that’s frustrating is that when we are behind the eight ball we show a lot of character, we show a lot of fight and determination and we find ways of getting ourselves back into fixtures. We need to do that at the start of games.”

Root said he hoped the bout of illness which had affected 14 members of the squad had run its course.

“Hopefully we can all be fighting fit and ready to go for Cape Town and bounce back very quickly.” 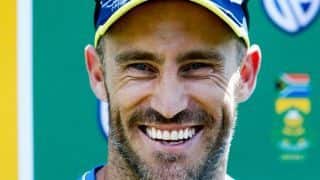 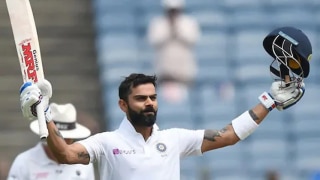