We hope to make it to the CLT20 semifinals: Darren Ganga

We hope to make it to the CLT20 semifinals: Darren Ganga

Relieved to have their campaign back on track with a 12-run win over defending champions Chennai Super Kings, Trinidad & Tobago skipper Daren Ganga said they will now play with hope and belief to qualify for the semifinals of the ongoing Champions League Twenty20. 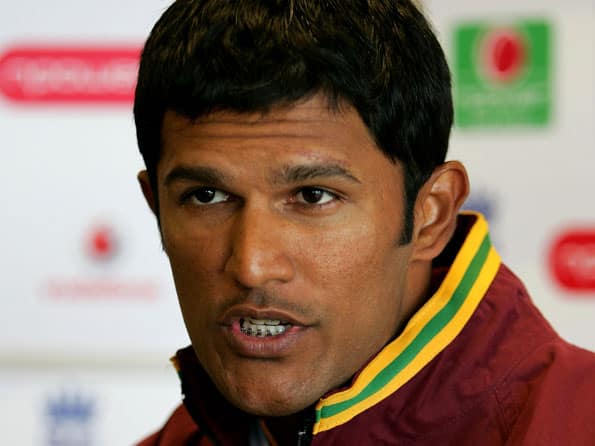 Relieved to have their campaign back on track with a 12-run win over defending champions Chennai Super Kings, Trinidad & Tobago skipper Daren Ganga said they will now play with hope and belief to qualify for the semifinals of the ongoing Champions League Twenty20.

Ganga was disappointed that his team lost two close ties earlier in the tournament but said they wanted to do something significant against Chennai as it was the birthday of Mahatma Gandhi.

“Obviously, we were disappointed with our two losses earlier. Both were very close games which went down to the last over. And, that is the beauty of 20-20 cricket. Today, we played magnificently to get them over the line,” Ganga said.

“You can say that our bowling was very good against the Mumbai Indians, though we just did not put good total on the board. And, it is always good to get a win very early in a competition.

“This day is a very special day as it is the birthday of Mahatma Gandhi and we wanted to do something significant. For us coming from Trinidad, not getting those wins was a bit unlucky,” he said.

“We thought today is going to be our day. We had that belief as a team. There is more chance of qualifying as well.

We will play with that hope and that belief. God only knows as to what will happen in the last game. But, we strongly feel that we will qualify for the semifinals,” Ganga added.

Trinidad & Tobago, who lost by one-wicket to Mumbai Indians before being defeated by New South Wales in a one-over eliminator, finally tested success when they beat title holders Chennai by 12 runs in a low-scoring Group A match last night.

The Caribbean side will now next take on South Africa’s Cape Cobras tomorrow in their last match of the group stage.

“It was not easy (win) at all. We saw in the first game itself that it is tough to bat to put up a huge total. We realised that and recognise that and we stuck to get as much runs as possible,” Ganga said.

“We could not make 150 or so but were very contended with 130. We were pleased with that and we fought with confidence with the total as such.”

Ganga said his side doesn’t have any big name and their strength lies in team coordination.

“As I said before the tournament, our strength is on our team members. We do not have big players who had played in the IPL. But, we have got players who understand their roles. We trained and prepared them with certain philosophies,” he said.

“All in all, all the guys are putting their weight to contribute as a team and get success that we had (against Chennai).”

Off-spinner Sunil Narine, who took three crucial wickets giving away just eight runs in his four overs to set up the win for Trinidad & Tobago, said he has a special delivery up his sleeves, which he developed after spending hours at the nets.