Despite gaining a substantial first-innings lead of 218 runs, Bangladesh did not ask Zimbabwe to follow-on

Despite gaining a substantial first-innings lead of 218 runs, Bangladesh did not ask Zimbabwe to follow-on after bowling them out for 304. Offspinner Mehidy Hasan has said the wicket at the Shere Bangla National Stadium traditionally favours spinner, so they wanted to avoid batting on it in the fourth innings.

Mehidy explained that the idea to bat again was to avoid risk. “We had two-days’ time left,” Mehidy was quoted as saying by Cricbuzz on Wednesday. “They were trailing by 200 runs. We always wanted to see the opposition batting in the last innings and we should avoid it. This is Test cricket and anything can happen. We might have got a target of 100-150 runs if they had batted well while being in the follow-on. Why should we take any risk? We tried to have them bat in the last innings.”

He continued, “Many things can happen on the final day – the wicket may breakdown, it may start turning, the fall of quick wickets… we wanted them to take the risk. We wanted to play risk-free cricket.”

Bangladesh declared their second innings on 224/6 with their captain Mahmudullah scoring an unbeaten century. Thus, they set Zimbabwe 443 runs to win the second Test.

At the close of play, the hosts had removed both Zimbabwe openers with the tourists 76/2, still needing 367 runs to win on the fifth and final day.

“The match is currently in our side. We have given them nearly a 450-run target. We have picked two wickets as well. There is a full day and three sessions remaining. If our bowlers could bowl good lengths, then the match will be in our favour. We thought that if we gave them four sessions to play, that would be enough for us. We had a plan and it had been executed well and we want to do the same tomorrow,” he said. 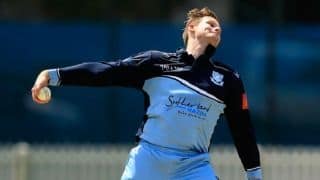 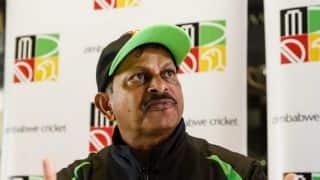