WICB officials have hinted at the Caribbean playing host to India in 2016 for completing the series.

St. John’s, Antigua: West Indies cricket chiefs said Wednesday that they are edging closer to an agreement which would see them belatedly complete their 2014 tour of India which was controversially abandoned. Dave Cameron, the president of the West Indies Cricket Board (WICB), confirmed that following discussions with his Board of Control for Cricket in India (BCCI) counterpart Shashank Manohar, that the Caribbean side will host India in the Caribbean in 2016. This agreement, however, is subject to the WICB and the West Indies Players Association (WIPA) “giving a joint commitment to complete, at a later date, the tour which prematurely ended in October 2014”, said a WICB statement. READ: West Indies pull out of 2014 tour of India

“Cricket remained the centrepiece of our discussion and we are happy to be at this juncture,” said Cameron.

The West Indies walked out of their 2014 India tour after the fourth one-day international in Dharamsala due to a bitter dispute over player contracts. They had been scheduled to play a further ODI, one Twenty20 game and three Tests.

West Indies won the first One-Day International (ODI) by a big margin of 124 runs, before India managed to take a 2-1 series lead by winning the second and the fourth matches of the series.

During the build-up to the pull-out, the West Indians were seen sporting black arm-bands during the second one-dayer in Delhi, while then-captain Dwayne Bravo was surrounded by his team-mates in a show of solidarity at the toss during the fourth match.

In the aftermath of the tour being abandoned, India said they would pursue a claim for $42 million in compensation from the cash-strapped WICB. 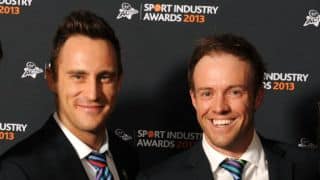 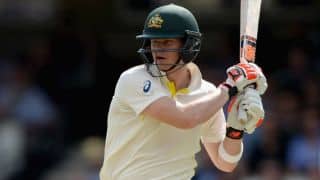