The West Indies Cricket Board (WICB) has announced that Pakistan's Caribbean tour this year will go ahead as planned, but no Test matches will be on the itinerary. The West Indies Cricket Board (WICB) has announced that Pakistan’s Caribbean tour this year will go ahead as planned, but no Test matches will be on the itinerary.

Chief Executive Officer (CEO) Michael Muirhead made the announcement in Port-of-Spain over the weekend following a board meeting, the first since Dave Cameron and Emmanuel Nanthan were elected WICB president and vice president last month.

The West Indies are scheduled to play five One-Day Internationals and two T20s against Pakistan though the dates are yet to be finalized.

“The Pakistan issue, it’s fair to say that we haven’t completely concluded negotiations or the final dates, but we’re confident that will be done shortly,” Muirhead said.

“It won’t be a Test series anymore; we’re going to be focussing on five ODIs and two T20s. We have just not finalised with Pakistan, them signing off on the schedule we have been provided.”

Muirhead’s announcement means that the West Indies will have played a total of four Tests by the end of this year, including in New Zealand in December.

New WICB President Dave Cameron, who also attended the news conference, said he was not pleased about the number of Tests allocated to the regional team.

“I don’t think we are satisfied,” said Cameron.

“But circumstances have dictated for this year that that’s what we’re able to put in, and hopefully we’re going to able to build on that next year.”

West Indies' progress could suffer if they do not play more Test matches: Bryan Davis 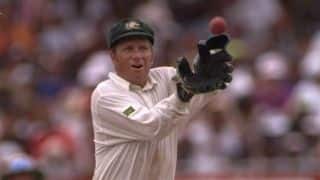