The CWI added that it would continue to fine-tune arrangements with the ECB, whilst they await final UK Government approval of their plans.

Cricket West Indies (CWI) has given its approval for a three-match Test series against England in July, the cricket body said on Friday. West Indies cricket team had been scheduled to visit England for three tests in June but the tour was pushed back due to the COVID-19 pandemic. The visitors are expected to stay in a ‘bio-secure’ environment.

Aiming at the resumption of cricket after a nearly three-month break, England and Wales Cricket Board (ECB) are mulling out various options and looking at hosting the series in July.

“The Cricket West Indies board gave approval in principle for the proposed upcoming West Indies Test tour of England,” said a CWI statement on Friday.

“The decision comes only after CWI medical and cricket-related representatives and advisors have been involved in detailed discussions with the England and Wales Cricket Board, and their own medical and public health advisers.”

The CWI statement said it would seek permission from the various national governments in the Caribbean to facilitate the movement of players and support staff.

It added: “CWI has also received and reviewed detailed plans for players and staff to be kept in a bio-secure environment for the duration of the tour, with all matches being played behind closed doors.”

The England board has proposed the Tests will start on July 8, 16 and 24 at Hampshire’s Ageas Bowl and Lancashire’s Old Trafford. Both venues have on-site hotels.

The West Indies cricket team will travel to England in private charter planes and medical screenings would be conducted at the airport. COVID-19 testing for all members of the touring party.

Earlier, Britain’s Sun newspaper reported on Friday the ECB had come to an agreement with government ministers for the tour to take place. 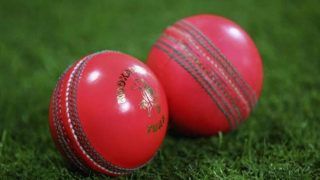