Struggling to deal with spinners in recent times, the West Indies players can take a leaf out of team manager and former skipper Richie Richardson's book. 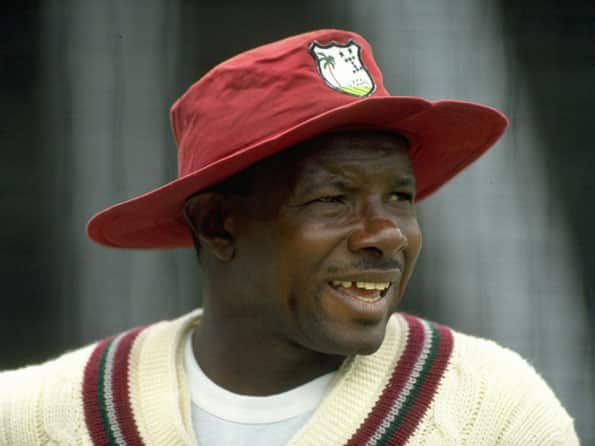 Struggling to deal with spinners in recent times, the West Indies players can take a leaf out of team manager and former skipper Richie Richardson’s book. Richardson, who led the team in the mid 90s, was an aggressive batsman who dominated bowlers all over the world, more so the spinners.

It is not for nothing that the Antiguan, remembered for his trademark broad brimmed maroon sun hat, racked up 5949 runs from 86 Tests with the help of 16 centuries. That he was stumped only thrice off spinners during his 13-year career, says a lot about Richardson’s ability.

“A few things to face spinners are basics – you must have soft hands, try to meet the spin on the half volley, must have ability to sweep and you ought to be able to make late adjustments,” remarked Richardson as he watched his wards train at the Queen’s Park Oval on Sunday.

According to the 49 year-old Antiguan, a batsman needs to make certain adjustments while facing spinners. “It’s not as if you always need to go down the pitch to play spin. Some wickets are slow and the ball doesn’t quite come on to the bat. It’s difficult to make forceful strokes on those pitches. But then you must be able to use your crease and drop the ball between fielders to rotate the strike.”

“Once you make a forward movement and find yourself not yet to the pitch of the ball, you should have soft hands to make late adjustments, a push intended for covers must be steered towards third man,” explained Richardson.

Unfortunately, West Indian batsmen displayed none of the qualities in the Twenty 20 match against India on Saturday. Darren Bravo attempted a sweep once; was nearly caught off the second and never went on his knees again in the T20 game.

According to former India spinner Maninder Singh, Richardson was someone who would put the fear of life into a bowler’s mind. “He drove so hard back at you that you feared for your life,” Maninder Singh had once remarked. It’s ironical that despite having such an influence by their side, the West Indian batsmen are looking so clueless against spinners.

“I spoke to the computer analyst of the West Indian team the other day and enquired if players were making use of his analysis. Only one cricketer visits him was his reply. That says it all,” lamented former West Indian spin great Lance Gibbs.
PTI
First Published on
Last updated on June 6, 2011 12:05 PM IST
TOPICS:
India Lance Gibbs Maninder Singh Richie Richardson West Indies WI vs Ind