Gayle, Bravo, Dwayne Smith, Pollard, and Narine are crucial to the IPL rankings.

Indian Premier League (IPL) chairman Ranjib Biswal said Tuesday that despite the West Indies players cancelling their tour of India mid-way last week, they will play in the cash-rich league next season.

“There will be no sanction against the West Indies players and they will be allowed to play in the IPL,” Biswal told reporters after a Board of Control for Cricket in India (BCCI) working committee meeting here.

Following the fourth One-Day International (ODI) at Dharamsala, the West Indies players chose not to complete the tour because of an ongoing payment structure dispute with the West Indies Cricket Board (WICB) and the West Indies Players’ Association (WIPA). The West Indies were yet to play the fifth ODI at Kolkata and a one-off Twenty20 International at Cuttack followed by three Tests at Hyderabad, Bangalore and Ahmedabad when its players decided to withdraw from the tour. India vs Sri Lanka 2014: MS Dhoni gets much-needed break ahead of Australia tour 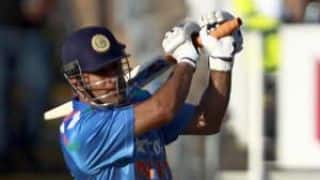 MS Dhoni rested, Virat Kohli as captain, and other points of interest from squad for first 3 India vs Sri Lanka ODIs