Stylish left-handed batsman Yuvraj Singh feels the upcoming home series against the West Indies is crucial as a good performance could boost the team's morale ahead of the tough tour Down Under later this year. 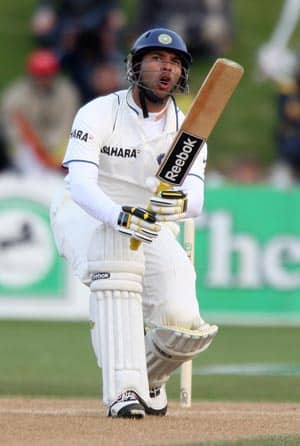 Stylish left-handed batsman Yuvraj Singh feels the upcoming home series against the West Indies is crucial as a good performance could boost the team’s morale ahead of the tough tour Down Under later this year.

West Indies are to arrive in India on Thursday, immediately after the conclusion of their ongoing Test series in Bangladesh, to play three Tests and five ODIs against the hosts, commencing with the opening Test in Delhi on Sunday.

The Punjab batsman, man of the tournament in the World Cup triumph, said the Indians need to adapt to the bouncier conditions in Australia in order to do well there.

“The conditions (in India and Australia) will be different but the important thing is that we have to play good cricket. There will be more bounce (in Australia). But Indians have done well against Australia,” he said.

India are set to depart for Australia soon after the conclusion of the ODI series against the West Indies on December 11.

“I think in the last few years India have done very well in Test cricket. It was unfortunate that we lost 4-0 (in England). But half the team was injured,” he added.

Yuvraj said India had a lot of experienced players who knew to ways tackle the bouncing ball and youngsters could learn from them.

“Most of the players play the bouncing ball well. Sachin (Tendulkar), Rahul (Dravid) and (VVS) Laxman have done very well in Australia. It’s time for youngsters to learn from them, do well against the West Indies and take the confidence to Australia,” he added.

On the series against the once mighty Windies, Yuvraj said the visitors would certainly miss hard-hitting opener and former captain Chris Gayle who’s not part of the touring party owing to his ongoing tussle with WICB.

“Chris Gayle has scared all bowlers in T20. It’s unfortunate that a guy like Chris Gayle is not playing Test cricket. It’s been lovely to interact with him. (If he doesn’t feature in the series) it will be very unfortunate to not have him. He will be missed,” he said.

“I want to be a good Test cricketer. I have done decently well but I’m looking to improve my graph all the time in the next few years.

“It’s unfortunate, every time I have done well, I got injured. I fell sick in Sri Lanka (in 2010). It’s part of life and you have got to move on. I’m sure the more we play the better we become,” he added.

Yuvraj, who has been out of action since fracturing his left index finger during the second Test against England at Trent Bridge, said he was recovering well and hoped to be fully fit by the time time he took to the field against the West Indies.

“I am recovering now. Has been a long time off the field. For the last 10-15 days I have been pushing really hard. Hopefully, I will be 100 per cent when I take the field.”

To a query on the national team’s improved performance on the field in the recent ODIs series against England, Yuvraj said India have been a good fielding side since 2003.

“Indian team has aways been a great fielding side. I feel since 2003 India has been a good fielding side. Guys like (Suresh) Raina, Rohit (Sharma), and Virat (Kohli) are extremely talented fielders. I’m sure the ‘old-horse’ (himself) is also capable of saving a few runs. We have been doing really well in the fielding department.”

Commenting on leg-spinner Rahul Sharma, who was a surprise inclusion in the Test Team, Yuvraj said the Punjab cricketer was an asset to him in the Indian Premier League.

“I think he’s been great for Pune Warriors. Whenever I have given him the ball, he’s got me wickets. He’s been economical. I hope he does well.

“If you have the best talent you should play them irrespective of how much domestic cricket they have played.”

Yuvraj also expressed confidence that his long-time teammate and veteran off-spinner Harbhajan Singh who has been dropped from the side, would make a comeback soon.

“If you are the best no one can stop you that’s what I feel. He is a great bowler. He has got 400 wickets and has played almost 100 Tests. He has got a great stature and he is a fighter.”

Commenting on his online banter with England’s Kevin Pietersen via twitter, Yuvraj said, “KP gave me the label of a pie-chucker. So when Ravindra Jadeja dismissed I told him you were pie-chucked. It’s been good fun.”

The cricketer said reports quoting him saying that Formula One cannot be as popular as cricket in the country were wrong.