England and the West Indies will play three Twenty20 matches and three One-Day Internationals in the Caribbean early next year, the West Indies Cricket Board (WICB) announced. 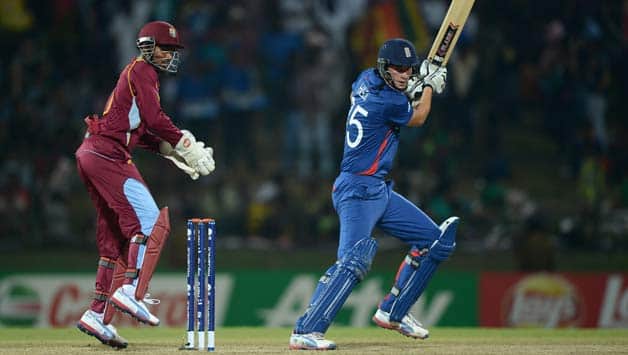 England’s Caribbean tour is due to commence Feb 28, 2014, and conclude March 13 © Getty Images

England and the West Indies will play three Twenty20 matches and three One-Day Internationals in the Caribbean early next year, the West Indies Cricket Board (WICB) announced.

The three One-Day Internationals will be played at the Sir Vivian Richards Cricket Grounds in Antigua while Kensington Oval in Barbados will host the T20 games, the WICB said Saturday, reports CMC.

The Twenty20 matches will be the last before the West Indies defend their World Twenty20 title in Bangladesh.

“This is one of the most, highly anticipated tours on the cricketing calendar. West Indies’ battles with England have been legendary, going back to 1928 when the two teams first played,” said Cricket Operations manager Roland Holder.

“This limited overs series will form part of that rich legacy of competition which fans on both sides of the Atlantic Ocean are looking forward to with great anticipation.”

England won the ICC World Twenty20 in Barbados in 2010, defeating Australia in the final.

The West Indies are reigning World Twenty20 champions, having won the trophy in 2012, beating Sri Lanka in the final.

“The Caribbean has always benefitted from English fans travelling to the region for cricket and this series will be an ideal opportunity for that tradition to continue in what are two of the world’s premier tourism destinations – Antigua and Barbados,” Holder said.

“We are especially pleased that we are able to confirm and announce the full schedule well in advance of the series which will allow English fans who wish to travel to the Caribbean for the series to make their plans early.”