England ended Day Three at a secure 373 for six against West Indies in the second Test at Grenada. England registered a lead of 74 and now hold all the cards in this Test match. Joe Root was the star of the day for England. The Yorkshire batsman stepped up and scored a vital century that put England in the driver’s seat. He hardly played a rash shot, yet still managed to maintain an excellent strike rate.

Catch the live telecast of the West Indies vs England 2nd Test match on Ten Cricket and Ten HD. The live streaming of the match is available on tensports.com. Live Updates: England tour of West Indies 2015, 2nd Test at Grenada Day Three

Slowly but surely the concept of live streaming is capturing the imagination of the internet. Such fans that do not have access to televisions search the internet frenetically for websites on which they can watch their favourite teams in acti0n. Live Streaming is catching up a huge trend in the internet users in India and other parts of the world. Read: West Indies vs England 2nd Test at Grenada Day 3 Highlights 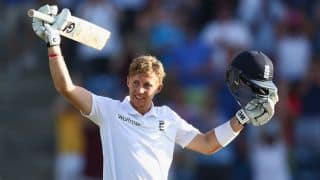 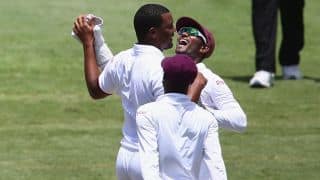