There have been talks of including the Barbados-born Archer into England’s plans for the World Cup they are set to host from May 30. The bowling allrounder is yet to play an international match and has only appeared in 14 List A matches. He has caught attention through his impressive performances in various T20 leagues and in the coming few days, will become eligible to play for England.

“It’s an interesting dilemma for the captain, coaches and selectors,” Willey was quoted as saying by ESPNcricinfo. “It’s a group of players that have been together for three or four years now that have got us to No.1. And there’s a reason for that. Whether someone should just walk in at the drop of a hat because they’re available, whether that’s the right thing, I don’t know.”

Willey is among those whose place could come under threat should Archer become a real prospect. His ODI was in July 2018 which could dampen his chances further, but the left-arm pacer isn’t worried considering the quality and advantage he brings to the side.

“The reason I’ve played as much white-ball cricket around the world as I have done is my ability to swing the ball up front and being a left-armer as well. It is a bonus being able to do that and I need to continue to do that and also have an impact in other areas as well,” he said.

He continued, “I don’t know Jofra particularly well. I couldn’t tell you if he’s got a particularly good record in white-ball cricket, to be honest. But it [selection decisions] is always part of professional sport. You have to accept these things and there’s one way to make sure it’s not you: by performing out in the middle. I imagine every bowler sat in that dressing room will be trying to do that, to make sure it’s not them that gets left out should that happen.

“I think I went quite well last summer in English conditions but you never know. There is plenty of competition for places so you don’t quite know where they are going to go in the balance of the squad and bowling attack.” 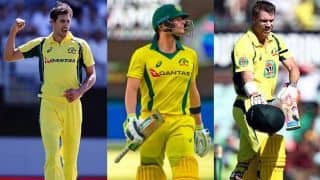