Ever the enigma in Indian cricket - since his exploits in Down Under as a 19-year-old - Ishant was jolted that day, big time.

2013, India vs Australia, 4th ODI at Mohali – needing 44 runs off 18 balls, Australia s James Faulkner took 30 runs off one Ishant Sharma over to reduced the target to 14 off 12 balls., chasing 304 to win. Prior to the 48th over, bowled by Ishant, the Delhi bowler s figures read 7-1-33-1. But his eighth over changed the match, and Ishant the player as well. (ALSO READ: Ishant Sharma s 30-run over in 3rd ODI against Australia How it unfolded)

Ever the enigma in Indian cricket – since his exploits in Down Under as a 19-year-old – Ishant was jolted that day, big time. (ALSO READ: James Faulkner offers his sympathies to Ishant Sharma)

I didn t cry for just one day I cried for 15 days at least, Ishant told The Indian Express in an interview, recalling that fateful day. I have always been hard on myself; I am not someone who just pushes things under the carpet. I lost a game for India.

Till that game, Ishant had played 68 ODIs for India returning 96 wickets at 31.36. However, he was dropped for the reminder of the series and in the next five years, he played only 12 matches last of which came in 2016.

After that match Ishant talked to his wife, Pratima Singh, who he he was dating at that time. Never ever had I even seen his eyes getting moist. And here he was crying, I can never imagine Ishant crying, she said.

Ishant s good friend Rajeev Mahajan was more blunt with his advice, but that proved to a turning point in Ishant s career.

He was depressed, so was his family. I told him very clearly, you haven t worked hard, Mahajan told The Indian Express. And from that day onwards Ishant did not miss one training session and the change in attitude was visible in his bowling in Test cricket.

Till October 2013, Ishant played 51 Tests claiming 144 wickets at 37.99. After that, he has played 39 Tests claiming 123 wickets at 29.95 and is now the leader of the pack of the Indian attack consisting Jasprit Bumrah, Bhuvneshwar Kumar, Mohammed Shami and Umesh Yadav. 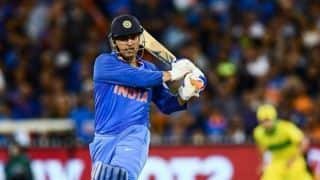 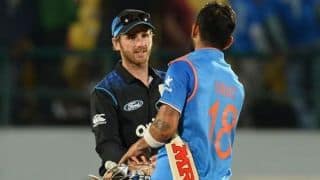