The Australian cricket team landed in India on Monday for a limited-overs tour.

The Australian cricket team landed in India on Monday for a limited-overs tour comprising two T20Is and five ODIs. The Aaron Finch-led outfit is eager to balance the ledger after suffering defeats to India at home earlier this year. (ALSO READ: IPL stint with MI improved me – Markande)

Visakhapatnam will host the first T20I but instead of opting to schedule their first two practice sessions in the coastal town, Australia opted for the Rajiv Gandhi International Cricket Stadium in Hyderabad.

Reason? According to a report in The New Indian Indian Express, the Aussies are eager to adapt to the conditions and get a feel of the main pitch. However, since the main pitch at the ACA-VDCA Cricket Stadium, venue of the 1st T20I on Sunday, is unavailable, they chose Hyderabad for their first few practice sessions.

“They will practise from 4 to 7 pm on both days. They did not want to practise in the areas generally reserved for teams, but on the pitches of the main ground. The idea is to adapt to Indian conditions as soon as possible,” the daily quoted a source as saying.

The report further added, “They [Australians] will most probably play practice matches among themselves to be match-ready. That is the plan for both days. Since the match is supposed to begin very soon, the main pitch at ACA-VDCA Stadium cannot be provided for practice, as it could get damaged.”

After spending three days in Hyderabad, the current ODI World champions will head towards Vizag for the two-match T20I series. 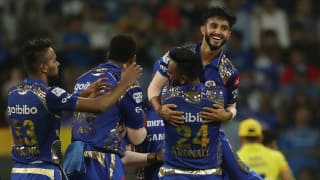 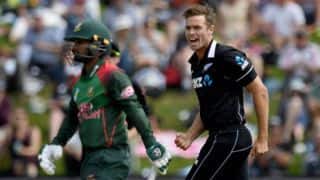