Jonty Rhodes set a benchmark for fielding after playing for South Africa for over two decades. The 50-year-old threw his hat into the ring for the post of India‘s fielding coach and many were expecting Rhodes to replace R Sridhar for the next two years.

READ: Sridhar would have kicked my butt in interview – Rhodes

That clearly did not happen when chairman of selectors MSK Prasad announced R Sridhar on top of the three-member recommendation list for the fielding coach. Add to that, Rhodes did not even feature in the top three.

Asked what could have been the reason to Rhodes omission, former India captain Sourav Ganguly reckons the team management might have wanted to carry on with Sridhar, who has raised the level of the side s fielding.

I think Sridhar has done a good job. The Indian fielding has been very good. You saw that in the World Cup with Ravindra Jadeja leading the pack, Ganguly said in Mumbai on Friday.

READ: Vikram Rathour over Sanjay Bangar unanimous but not straightforward

While there were plenty of foreigners who applied for the positions, key among them were Jonathan Trott (batting), Darren Gough (bowling), only Indians made it to the top.

I am a big supporter of Indian coaches because communication is good, they understand the mindset. I am not saying that overseas coaches are different. At one stage, during the transition period in 2000s, we needed overseas coaches to guide young players. Now, I am extremely happy that our own home-bred coaches are given priority which is good because they have put in a lot of effort, Ganguly explained.

The Cricket Association of Bengal (CAB) president gave a thumbs up to Vikram Rathour s elevation as batting coach.

I have played with him. Our Test match debuts were in the same series. Vikram has worked hard at the grassroots level with Himachal Pradesh. I am the president of the Cricket Association of Bengal and I ve dealt with him in the last four to five years in sending teams to Himachal. He s risen from absolutely the basics of Ranji Trophy and has put in the hard yards with Himachal boys, so hopefully he does well, he said. 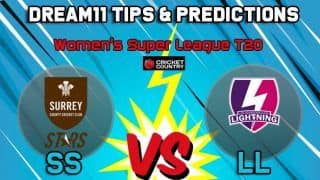 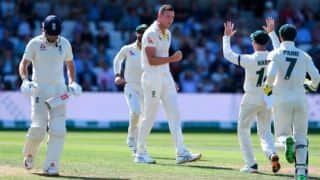