Mithali feels that she has always been unfairly targeted despite some of the other players also coming cropper in shorter formats.

Mithali Raj‘s T20 strike-rate has always provided fodder for his critics but what India’s women’s ODI skipper can’t fathom as to how some of the players with worse strike-rate never come under scanner like her.

Still coming to terms with the biggest controversy in women’s cricket involving her, former coach Ramesh Powar and CoA member Diana Edulji, whom she accused of trying to finish her career.

However, Mithali feels that she has always been unfairly targeted despite some of the other players also coming cropper in shorter formats.

“In the first game [of Women’s T20 Challenge], there were a couple of players whose strike rate was below 100. Was it made an issue? No. Because it doesn’t come in the radar because it is not Mithali Raj,” Mithali told Cricbuzz in an interview. (ALSO READ: Timeline of India women’s coach saga)

However, without naming young Jemimah Rodrigues, Mithali pointed out at a top-order player, who had a strike of 50 against England. While Mithali didn’t name the young Mumbaikar, but she had scored 11 off 22 balls in the T20 game against England which India lost narrowly.

“The last England home series, a top-order [batter] had a strike rate of fifty. Did I make an issue? Was it made an issue? Still people are trolling me only! Because from the non-striker’s end, I have to go and play. I played four dot balls and I was trolled. That’s what I am saying – it’s not fair. If today I am turning out to be a rebel then you should know which situation has made me like that,” said Mithali, who had scored 30 off 32 balls in that match.

“I’m not saying the fact that I am the best T20 player. No! I know where I stand. But to unfairly pinpoint at the only thing you can pinpoint in my whole batting analysis then I can pick out numerous players in this current Indian team and I can question you. But why is it that only I am being questioned?” (ALSO READ: Smriti Mandhana, Jhulan Goswami continue to top ICC Women’s ODI Rankings)

She also lashed out at a former India player, who has used social media to criticise her.

“There are certain players who have played women’s cricket are using the platform of social media to lash out. That is very sad. I cannot name because I don’t want to,” Mithali said.

Many in Indian cricketing circles feel that Mithali is pointing fingers at a former skipper, who is now a broadcaster also.

“But as a player you feel sad that at this level you are being singled out for the fact that I stood up for myself. I have not done anything wrong standing up for myself. And I have not done anything wrong in reaching out to the board because I am under the board. I have not gone to the media. I reached out to them [board],” Mithali spoke about her letter where she had alleged that former coach Powar had ill-treated her in the West Indies. 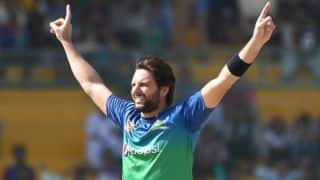 I was not aware of my age when I appeared in U-14 trials: Shahid Afridi reveals story behind age confusion 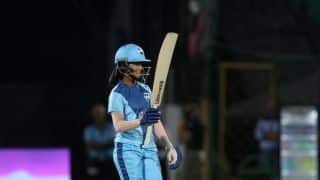