Stafanie Taylor was presented with the ICC Women's T20I Player of the Year 2015 award at the ceremony.

The West Indies Cricket Board (WICB) congratulated West Indies women‘s captain Stafanie Taylor for winning the ICC Women’s T20I Cricketer of the Year 2015 award in the ICC Annual Awards that took place recently. The 24-year-old cricketer won her third award as a result after being presented with ICC Women’s ODI Cricketer of the Year award in 2011 and 2012. Taylor scored 340 runs in nine games at a superb average of 42.50 during the period between the Septembers of 2014 and 2015, including an innings of 78 off 58 balls against Australia. She also led West Indies to a 3-0 whitewash over Pakistan earlier this year. READ: Meg Lanning, Stafanie Taylor adjudged ICC Women’s ODI and T20I Cricketers of the Year 2015

“On behalf of the WICB and the various stakeholders in West Indies cricket I want to extend congratulations to Stafanie on winning this major award on the ICC cricketing calendar.

“She has been an outstanding representative and ambassador for West Indies from the first time she step foot on the international stage, back in 2008, and she keeps getting better,” WICB President Dave Cameron was quoted as saying according to a report on nationnews.com.

Stafanie has demonstrated that she is not just an excellent batter and bowler but also a very good leader. She did a fantastic job when she took over the captaincy against Pakistan earlier this year and was immediately rewarded with a series victory.

“This award will help raise the profile of women’s cricket in the West Indies as it is further proof that young women in the Caribbean can rise to the top of the world in their chosen endeavour,” added Cameron. 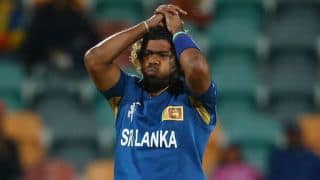