Will look to devise new tricks against Kohli at Lord's: James Anderson

Will look to devise new tricks against Kohli at Lord's: James Anderson
By CricketCountry Staff

He may have lost the first round of his battle against Virat Kohli, but James Anderson is not giving up on his hopes of getting the better of the Indian captain, once the second Test between India and England gets underway at Lord’s on Thursday.

READ: Kohli wins round one over Anderson

Writing in his column for The Sun, Anderson pointed out that despite the dropped catch and other close chances he had against the batsman, Kohli went on to score a hundred and a half-century, and that is something which will drive Anderson to find ways to get Kohli out in the second Test and thereafter.

“I felt good bowling to Virat and my plans worked well. I might have dismissed him a few times with some plays and misses plus a dropped catch. I’ve been told only 17 of his 149 runs in the first innings came off my bowling. But the fact is, I didn t get him out and he scored a century and a half-century. So I’m not getting carried away. In fact, it makes me even more determined to be on top form in the Second Test at Lord’s,” Anderson mentioned.

READ: Anderson hit by ball – of a different sort

“I will look at some videos to see if I can do anything different. But, generally, I think all our bowlers were good against Kohli. Before he went into one-day mode while batting with the tail, we kept him in check.”

Speaking on the rivalry he shares with Kohli, Anderson pointed out that although the two remain extremely competitive people when it comes to facing each other, there’s also plenty of respect between them.

“Kohli is ranked the world’s No 1 Test batsman after scoring 200 runs in the First Test and I m the top-ranked bowler. I guess that’s top-of-the-range stuff and I certainly loved the battle with him at Edgbaston,” Anderson wrote.

“The game was played in a good spirit and there s a lot of respect both ways between myself and Virat. There was the odd smile when I bowled a good ball and the odd smile from him. I gave him a couple of freebies on his legs that he clipped for four and he said something like ‘That’s not like you, giving me freebies!’ It was teasing, really, leg-pulling. All in good spirit,” Anderson added.

Anderson and Kohli’s rivalry shaped up during India’s 2014 tour of England where the fast bowler dismissed Kohli four times in 10 innings. Prior to the start of the this series, Anderson fired the first shot when he claimed that Kohli was ‘lying’ if he said that his runs do not matter to him. 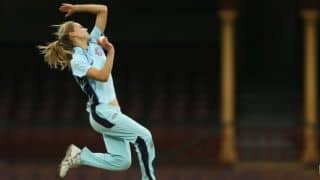 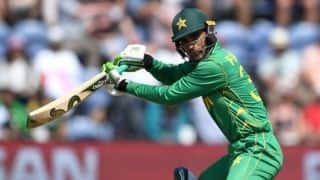