Driven by his pursuit of excellence and desire to win, Kohli is single-handedly hauling the Indian team along on a roller coaster ride.

London:As one of the most brilliant commentators around, Nasser Hussain is a man of choice words. When he speaks, it merits a listen. Occasionally, he just makes your ears stand up.

Sample what he said after England won a seesaw battle in Birmingham. Virat Kohli was phenomenal in this game. He deserved to be on the winning side for the way he played with the tail. He single-handedly brought India back into the Test match. I do think he should take some of the responsibility for the loss, though, Hussain told Sky Sports.

That last remark ought to hurt. It almost renders the whole statement pointless. Was Kohli brilliant at Edgbaston? Absolutely. Did he end the debate over his poor English record? Indeed, forever. And did he prove himself to be the best batsman in world cricket today? Hell, yes.

Even so, it is as if these questions and answers do not matter. Despite scoring 200 out of India s total 436 runs in the match, Kohli the batsman could only do so much. The rest came down to how Kohli the captain balanced the fine equation of this ever-oscillating Test. And Hussian s words are a pointed marker that the lines are starting to blur between Kohli s two distinct roles.

READ: Amazing to see Kohli join the ranks of Gavaskar and Tendulkar: Manjrekar

You cannot tell the batsman from the captain any longer. Driven by his pursuit of excellence and desire to win, Kohli is single-handedly hauling the Indian team along on a roller coaster ride. Yet, there is no surprise when the whole thing crash-lands. Why, because the captain doesn t make it easier for the batsman. Put yourself in Kohli s shoes if you are the most important batsman of your side, won t it be better to shield you from the likes of James Anderson and Stuart Broad? This logic is at the very core of how teams line up in Test cricket the openers and number three batsmen blunt the ball, so the middle order can make merry.

READ: India deluded themselves and everybody ahead of the Test series: Gavaskar

Why then, it doesn t apply in the current scenario? Just how did the Indian team go into the Birmingham Test with an opener ill suited for English conditions, an opening partnership that doesn t work outside the sub-continent and a number three batsman who really isn t a number three batsman? The answer is gut feeling .

You always come up with situations when you’re playing such long seasons that you have scenarios like this. Along with the management, you have to sit down and take a call. It all boils down to your gut feel, and if five people agree that this is the thing to do, then we go ahead and there are no ifs or buts, said Kohli in the build-up to that first Test.

Read his words again, aloud. It is a simple explanation as to why Cheteshwar Pujara was left out and Shikhar Dhawan included in the playing eleven. Let it be said here that KL Rahul made the team on merit he couldn t be left out and the toss-up was between the other two. When the coin fell, it favoured an out-of-form Dhawan over an out-of-form Pujara.

From a captaincy perspective, it made some sense, some being the operative word here. Dhawan had scored a hundred in his last Test appearance, albeit against Afghanistan. He looked in good touch during the ODI series 40, 36 and 44 which was seen as warm-up by the team management. How could you discount him on the basis of a tour game (non First-Class mind you) even if he got a pair?

Pujara has been on a slippery slope since the South African tour. Back in January, when the talk was of intent , he got run-out twice in the same Test. He did show resilience on a raging green-top at Johannesburg, but those were one-off conditions. More importantly, he had failed to score even a single half-century for Yorkshire in this county season, and then managed only 35 against Afghanistan.

You can see, ultimately, the choice came down between ignoring the poor form of Dhawan over that of Pujara. And in keeping with the skipper s words, this choice cannot be questioned. Why, because it is momentary, for this first Test alone, and it may or may not have any bearing on the second Test at Lord s.

This is the crux of the matter. When planning for, or facing a proper opponent, in an overseas Test series, selection cannot come down to an ad-hoc process. Maybe one or two spots in the playing eleven can be judged in such manner, but those ought to be support roles like the bowling all-rounder, or an extra pacer who doesn t bowl too many overs. Picking opening and number three batsmen for English conditions cannot be down to whimsy, that too changing from one week to another.

Or, you do what has been done before. When Sourav Ganguly asked Virender Sehwag to open the innings in England back in 2002, he was backed for a full series irrespective of the number of runs scored. It was a gamble that paid off because Sehwag was a genius batsman in his own inimitable way. Simply put, he couldn t be left out and Ganguly didn t go about sacrificing other batsmen who were settled in their roles.

As such, it doesn t really matter whether Dhawan opened the innings and failed in Birmingham, or Rahul batted at number three and failed too. It does matter if they are allowed to play in those same position for the next two Tests at least, particularly Rahul who needs to be given time to make another unwarranted adjustment to his game. Or, get in Pujara, shift Rahul back to opening and do not change this combination for the remainder of the series.

The underlying point is that there is a desperate need for some semblance of stability in the Indian batting line-up. And it is high time captain Kohli did batsman Kohli a favour. 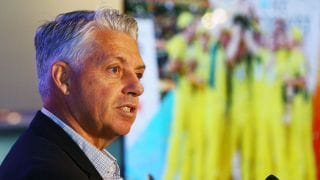 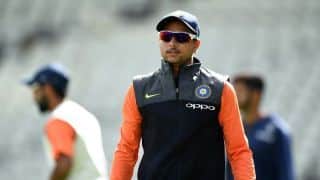