His first assignment as India's cricket coach is also a redemption mission for Duncan Fletcher as it was in the West Indies four years ago that he last left as head coach of a national side. 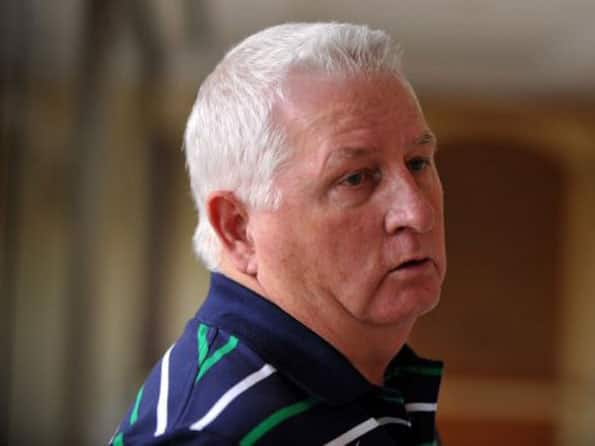 His first assignment as India’s cricket coach is also a redemption mission for Duncan Fletcher as it was in the West Indies four years ago that he last left as head coach of a national side.

Fletched resigned from his England post after a horrible run in the 2007 World Cup in the Caribbean.

It added to the bitterness of losing the ICC Champions Trophy finals to the West Indies in 2004; the 2003 World Cup loss to Australia at Port Elizabeth and the Natwest series final where India hunted down 325 runs to win in 2002.

Even as recent as in the 2011 World Cup in India, Fletcher, as a consultant to the side, couldn’t help South Africa progress to the semifinals.

While Fletcher was coach, England played 175 one-day internationals and won only 75 with a winning percentage of 47.47. Most of these wins also included matches against Zimbabwe, Bangladesh, Namibia and the Netherlands.

There is no such issue in Tests though where England won 42 of the 96 matches under Fletcher, including the Ashes triumph of 2005 which secured the Zimbabwean’s reputation.

Fletcher had then bemoaned the lack of contribution from team’s number 9, 10 and 11 batsmen for England’s failure and this perhaps was the thinking which led him to fiddle with the batting order all too often.

Even though Fletcher’s real test would be later this summer in England, he can’t afford to start on the wrong foot and emboss further his poor reputation as a one-day strategist.

India has sent its second string side to the West Indies which doesn’t look too bad given that West Indian Cricket Board (WICB) has contrived to weaken its own squad all the more.

Fletcher left India stating that the team had a plan to stay on top in the West Indies even though he cautioned his wards not to take the hosts lightly in their own backyard.

“Any team playing at home is difficult and we should not be complacent,” was his cautionary word.

Fletcher’s plan almost certainly would include a good dose of spin and sharp fielding inside the ring as West Indian batsmen have conceded their inability to rotate the strike as their biggest falling.

He would have to make do with India’s medium-pacers even though his preference for 90mph-plus bowlers is well known.

He would also have to eschew his preference for openers who can put 100 runs regularly on the board since India’s choice is Shikhar Dhawan and Parthiv Patel.