The founder of WCL said the league will help create interest for women s cricket in India, which has generally been given much less importance than the men's sport.

Following in the footsteps of the Women’s Big Bash League (WBBL) in Australia, India will very soon have its first ever league for the eves — Women’s Cricket League (WCL) — to be launched on March 8, coinciding with International Women’s Day. The WCL is viewed as an earnest endeavour to provide women cricketers in India equal opportunities and acknowledgement at par with their male counterparts. Commenting on the upcoming league, WCL founder Parul Jain said: “It’s important that young girls coming through can see cricket as a viable option to play at the highest level. The WCL #T20 League is expected to be of the same repute as the Indian Premier League (IPL) and women Big Bash League of Australia in support of women.”

The founder of WCL further said the league will help create interest for women s cricket in India. “This will lead to greater interest in women’s cricket in India, which has generally been given much less importance than the men’s sport. With many sports getting their own professional leagues and ever-growing popularity in the country, it is time that the women cricket league is formed. It is no surprise that the fierce team of eves does not get as much attention and opportunities neither from the sports bodies or the sponsors in India as the men’s team.

India’s first woman cricket coach and Dronacharya awardee Sunita Sharma, who is closely associated with the project, said: “It’s been more than three decades since the Indian women cricket team has been formed and has won various matches globally, still there is hardly any acknowledgement to women as per men s cricketers in India.”

“While men’s cricket underwent huge changes in the 80s and 90s, we were just languishing. However, I am enamoured that a start has been made and we hope to gain a lot from it. Lot of talent will now come to the forefront. We would like to see WCL getting as much attention in future,” she added. 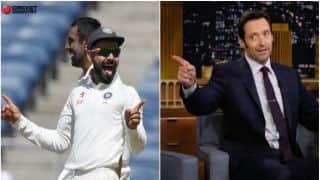