England and Wales Cricket Board (ECB) revealed the final squad of the six teams of Women's Super League.

The Women’s Super League (WSL) marks a new beginning in women’s cricket and has been in the news for the same ever since its mention. As the first season of the competition is about to take place, England and Wales Cricket Board (ECB) revealed the final squad of the six teams. Each squad of fifteen comprises of three overseas players and the skippers of the teams have also been announced at the same time. The six teams have been named as Lancashire Thunder, Surrey Stars, Western Storm, Southern Vipers, Yorkshire Diamonds and Loughborough Lightning. READ: World’s top players including Meg Lanning and Stafanie Taylor to feature in Women’s Super League

As reported by espncricinfo.com, the director of England Women’s cricket, Clare Connor revealed, “The momentum behind the new Kia Super League continues to gather pace. Today marks another important piece of the jigsaw as we get set for the competition’s launch later this summer.”

Talking about the squads, she said, “The six squads are well balanced and full of quality, talent, youth and experience. Having former World Cup winners and Ashes winners involved will not only strengthen the standard of the competition on the field, it will also bring another level of insight and knowledge, which will assist with meeting our overriding objective for the Kia Super League to bridge the gap between domestic and international cricket.”

The tournament is scheduled to start from the end of July this year. Here are the full squads: 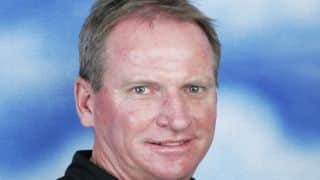