The in-form Australian wicketkeeper must pass a fitness test on the day of the Women's World T20 semi-final.

The participation of in-form wicketkeeper Alyssa Healy for Australian Women s semi-final clash with hosts West Indies Women in the ICC Women s World Twenty20 on Friday will be determined before the big game, but skipper Meg Lanning is confident she will play.

Healy has undergone a series tests since she was concussed after being floored following a collision with team-mate Meghan Schutt during Australia s final league match with India Women on Saturday which they lost by 48 runs to finish second in the group and has one final test to complete before a call is taken.

Healy appeared dazed after the collision and was forced off the field and did not play a role in the match thereafter with Beth Mooney donning the wicketkeeping gloves.

“From what I saw, she went really well,” Lanning said. “She was batting alongside me in the nets, and it looked like she was enjoying herself and hitting the ball well. Now we’ve just got to wait until I guess the morning to see how she pulls out from that. But all signs are really good at the moment. She’s ticked every box that she’s needed to, but yeah, we just need to see how she goes in the morning before we make the final call.”

Healy was awarded a third consecutive Player-of-the-Match award for scoring 53 – her sixth fifty in her last eight T20I innings – as Australia Women sealed their spot in the semi-finals with a 33-run win over New Zealand Women last Wednesday.

“It would be great for her to be out there,” said Lanning. “She’s been the form player of the tournament, made it look very easy at times. It would be a massive boost for us if she is to be available, and as I said, everything is going to plan at the moment.” 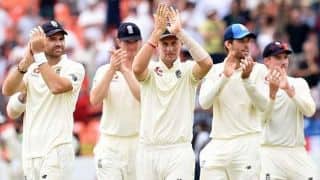