South Africa skipper Faf du Plessis has made it clear that his team won’t use the sandpaper gate to sledge Australia in the upcoming limited-over series.

“I don’t think us as a team would go there,” du Plessis said ahead of the opening ODI against Australia on November 4 in Perth.

This will be the first time South Africa and Australia will meet in a cricket field after the infamous ball-tampering scandal at Cape Town that rocked Australian cricket and led to bans for then captain Steven Smith, experienced David Warner and rookie Cameron Bancroft.

Du Plessis, who himself was accused of ball-tampering for using sugary saliva from a sweet to shine the ball when South Africa last toured Australia 2016, stated that the Australia team had also avoided any mention of that particular incident in the past.

“Similar to, I suppose, the ‘mint gate’. Even when I played against a team, there was nothing like that (sledging). It’s got nothing to do with the cricket – it’s in the past. In terms of what happened in Newlands, that’s in the past for us. For us, it’s business as usual,” he said.

But he is expecting a hostile reception from the crowd and even the media during tour and hopes that the young cope with the pressure.

“I just go back to Adelaide when I walked out to bat in that night Test match and there were 60,000 people booing,” du Plessis said.

“That’s what makes home teams so challenging to tour – when you get to a place where the crowd is intimidating. That’s something that youngsters will take a great deal of learning from. It tests your character. And if you get through it, you show yourself more than anyone else what you’re capable of,” he added. 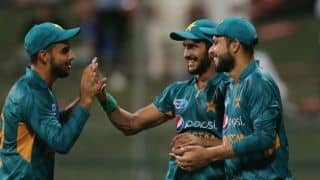