The World XI would be playing matches between September 22 and 29 in Lahore.

Karachi: ICC would be sending a World XI squad to Lahore in September to play a T20 international series, a top official of Pakistan Cricket Board (PCB) has confirmed. Najam Sethi, who heads the PCB’s executive board, confirmed a report in the ‘Daily Guardian‘ that the World XI would be playing matches between September 22 and 29 in Lahore.”The report is correct that a World XI will tour Pakistan but details still need to be worked out like the dates of matches and final schedule of the tour. Also the terms and conditions,” he said. Sethi however admitted that the PCB had kept a lid on the tour as it was waiting for the Pakistan Super League final to be held smoothly in Lahore. Will PSL 2017 final open door for international cricket in Pakistan?

“The PSL final has now been held successfully and the response of the Pakistani people to the challenge of holding this match has been tremendous. The security arrangements for the final were well executed. We are now in a position to convince other boards to start sending their teams to Pakistan,” the PCB official said. He said details of the World XI tour would be worked out soon but the the PCB was also in touch with some other boards to send their teams this year.”I don’t want to go into details but efforts are being made and we are hopeful we will see some more international cricket in Pakistan this year,” he said.

Another official of the PCB aid that the World XI tour was being made possible due to the efforts of Giles Clarke, the head of the ICC’s special task force on Pakistan cricket. 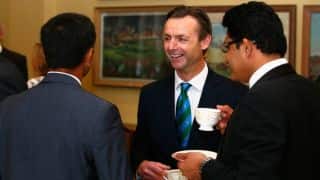