Kayes made a comeback to the team in the 2018 Asia Cup where he scored an unbeaten 72 against Afghanistan.

Bangladesh opener Imrul Kayes s career-best 144 helped the hosts avoid an embarrassing defeat against Zimbabwe in the first of the three-match ODI series on Sunday.

The 31-year-old southpaw along with Mohammad Saifuddin conjured a 127-run partnership for the seventh wicket as Bangladesh recovered from 139/6 to 271/8 after the end of 50 overs.

Kayes, who made a comeback to the team in the 2018 Asia Cup where he scored an unbeaten 72 against Afghanistan, scored 13 boundaries and six sixes during his 140-ball knock.

Despite registering a career-best on Sunday, Kayes keeps his Afghanistan innings on top. “I would keep the innings against Afghanistan ahead of everything as it was very special for me,” Kayes said after the win against Zimbabwe.

“I scored in a tournament like Asia Cup after I got a sudden call in the team. Obviously, it was very challenging for me and I played that very well. I will put that ahead [of the knock against Zimbabwe] because it had helped me know my strength and limitations. When you score a century or play a good innings that helps your team win, it’s always a great feeling. I built up the innings at a crucial time and scored for the team which is a matter of joy for me.”

Bangladesh lost opener Liton Das, who scored a century against India in the Asia Cup, for just four. The hosts were 66/3 when captain Mushfiqur Rahim made his way back after scoring 15.

“I was struggling in the initial period. I could not play drives and the balls were jumping from any area. When I tried to play strokes, wickets fell from the other side. So, I have to make the adjustments. I made up my mind to play till the end. I understood that 250-260 could be a good score here. So, finally I was able to get success,” he said.

Meanwhile, Zimbabwe skipper Hamilton Masakadza was disappointed to see an umpiring decision go against his team. Das had hit a length delivery to short cover where Sikandar Raza dived forward to catch it. Unconvinced about the catch, the on-field umpires referred it to the TV umpire. The soft signal given was out. The on-field decision was overturned.

“I thought if that catch had been given definitely it would have been a turning point. But it’s fine lines in cricket,” Masakadza said. “Sometimes you get those and sometimes you don’t. Today we did not get it and that had set us to the back foot.”

The second ODI will be held at the Zahur Ahmed Chowdhury Stadium, Chittagong on October 24. 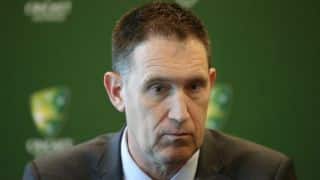 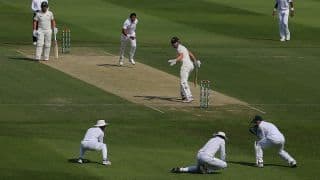