The story went viral and now, Pakistan leg-spinner, Yasir Shah, who was present has narrated the entire episode. 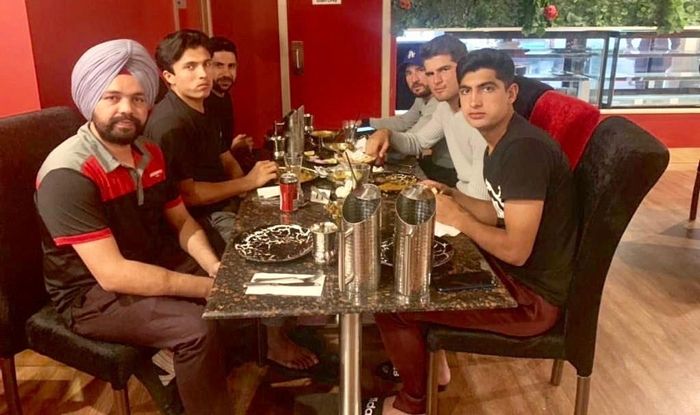 In a heart-warming incident recently, Pakistan cricketers Shaheen Shah Afridi, Yasir Shah and Naseem Shah won hearts for treating an Indian taxi driver in Brisbane who refused to take money from them after recognising the cricketers. The story went viral and now, Pakistan leg-spinner, Shah has narrated the entire episode.

He said, “We were not aware of any Indian/Pakistani restaurants in Brisbane on our first day there. So when we five teammates stepped out Imran Khan, Naseem Shah, Mohammad Musa, Shaheen Shah Afridi and I we called a taxi.”

“The driver was a Paaji from India. We told him to take us to a nice restaurant. He recognized us and we chitchatted in Urdu about cricket,” he added.

He refused to take the fare from us when we reached the restaurant. I told him, ‘You either have to take the fare or have dinner with us.’ So he agreed for the dinner. He was very happy that we invited him to dinner and also clicked pictures with us,” he said.

Meanwhile, Pakistan lost the first Test of the two-match series to concede a 0-1 lead against Australia. They would like to bounce back at Adelaide and level the series after a humiliating innings and five runs defeat.

Babar Azam and Mohammad Rizwan tried their best to keep Pakistan in the match with their 132-run partnership for the sixth wicket but the deficit proved just too big for the visitors. Babar scored 104 and Rizwan made 95 but were still unable to make Australia bat again in the Test.