From Yuvraj Singh to Hashim Amla, here are the major cricket retirements of the year 2019. 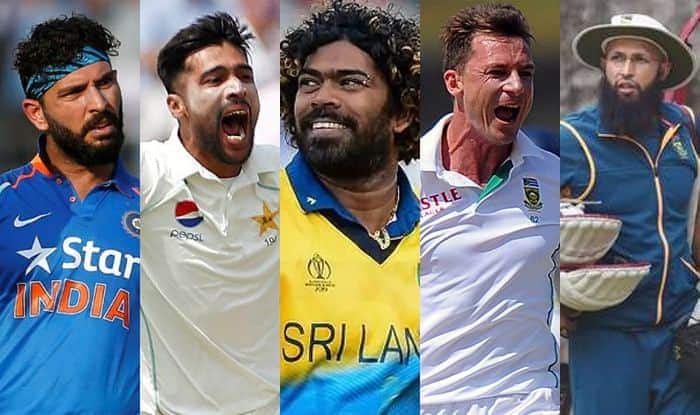 The year 2019 saw many greats bid adieu to cricket – either from a format or entirely. Here are some of the major cricket retirements of the year.

Two-time World Cup winner Yuvraj Singh announced his retirement from international cricket in June earlier this year. Yuvraj, who last played for India in June 2017 in an ODI against West Indies, during his 19-year stint in international cricket, won two World Cups the inaugural ICC World T20 in 2007 and then ODI World Cup in 2011.

The 38-year-old Yuvraj was the man-of-the-tournament as India lifted the 50-over World Cup for the second time becoming the first team to do so at home beating Sri Lanka in final at the Wankhede Stadium. Having made his India debut at the age of 18 during the 2000 ICC Knockout tournament in Kenya, Yuvraj announced himself with a match-winning 84 against Australia in the quarter-final clash in only his second ODI.

He went on to play 304 ODIs, scoring 8701 runs at 36.55 that included 14 centuries and 52 half-centuries. While Yuvraj established himself as a middle-order mainstay in India’s middle-order setup, he failed to emulate it in the longest format.

In 40 Tests, after debuting in October 2003, he scored 1900 runs at 33.92 with three centuries and 11 fifties. In 58 T20Is, he hit 1177 runs with eight half-centuries with his six sixes in an over of England pacer Stuart Broad during the inaugural World T20 remaining one of his most memorable innings.

Malinga retired from one-day internationals after playing the first of three ODIs against Bangladesh in July. The 35-year-old finished as Sri Lanka’s third highest wicket-taker in ODI cricket with 338 wickets in 220 matches. Only Muttiah Muralitharan (523) and Chaminda Vaas (399) have taken more wickets than Malinga in ODIs for Sri Lanka. Malinga also emerged Sri Lanka’s highest wicket-taker at the World Cup, claiming 13 scalps in seven innings.

Dale Steyn announced his retirement from Test cricket in August. Steyn, who represented South Africa in 93 Tests after making his debut in December 2004, scalped 439 wickets, most for a Protea pacer. Steyn, 36, last played a Test when South Africa faced Sri Lanka in February earlier this year. In his illustrious career, Steyn scalped 25 five-wicket hauls and 5 ten-wicket hauls. While 7/51 remains his best figures in a Test innings, 11/60 remains his best figures a Test match.

After Dale Steyn, South Africa’s Hashim Amla announced his retirement from international cricket in October, going out with 18623 international runs, making him one of the greatest batsmen to have played for South Africa. Amla enjoyed a glittering career for South Africa, reaching the pinnacle of batting in 2013, becoming the first batsman since Ricky Ponting to head both Test and ODI rankings at the same time.

Amla ended his career as South Africa’s second-highest run-scorer in Test cricket after Jacques Kallis, with 9282 at 46.64. He scored 28 centuries, also second best after Kallis. Amla is the only South African batsman to score a triple-century in Tests, when he made 311 not out against England in 2008. The feat of South Africa’s only triple-century in Tests also belongs to Amla, scoring an unbeaten 311 against England in 2012 at The Oval. He was named South Africa Cricketer of the Year in 2010 and again in 2013.

Shoaib Malik announced his retirement from ODI cricket after Pakistan’s thumping 94-run win against Bangladesh in the ICC Cricket World Cup 2019 at Lord’s in London. According to sources, Malik was desperate to play in Pakistan’s last group game against Bangladesh hoping to end his ODI career with a farewell match. However, the team management opted against the idea and decided to go ahead with the “winning combination” against Bangladesh. Malik, who is a former Pakistan captain, played 237 ODIs scoring 7534 runs and taking 158 wickets. He also played 35 Tests and 111 Twenty20 Internationals for Pakistan.

South Africa’s legspinner Imran Tahir confirmed that the 2019 ICC Cricket World Cup will be his final appearance for South Africa in ODIs, saying he would like to open up more opportunities for other fledgling spinners in the country in the 50-over format. He finished his career with 173 wickets from 107 ODIs amid a forgettable World Cup campaign which saw South Africa finish second from bottom. Tahir has played 20 Tests and 37 T20Is for South Africa.

Another South Africa player who announced he will retire after the World Cup was JP Duminy. Duminy, who debuted for South Africa in ODIs back in 2004 against Sri Lanka at Colombo played 199 ODIs, including four ICC 50-over World Cups, scored 5117 runs at an average of 36.81 and picked 69 wickets at 45.55. He has four ODI hundreds and 27 ODI fifties to his name with the best of 150 not out against Netherlands in 2013. Before retiring from Tests, Duminy played 46 matches scoring 2103 runs at an average of 46.28 with six centuries and eight fifties. However, he is will to play T20Is for South Africa.

Nuwan Kulasekara decided to call time on international cricket in July. Kulasekara was part of Sri Lanka’s victorious World T20 campaign in Bangladesh in 2014 and finishes his career with 313 international wickets from 263 appearances across ODIs, Tests and T20Is. Kulasekara made his ODI debut in 2003 as a 21-year-old in a home series against England. He ended up playing 184 ODIs with 199 wickets at an economy rate of 4.9. He played 58 T20Is and recorded 66 wickets. Kulasekara’s final appearance for Sri Lanka was an ODI against Zimbabwe at Hambantota, shortly after he had played his final T20I against Bangladesh. He quit Tests in 2016 having played 21 matches in which he picked up 48 wickets since his debut back in 2016. His last Test was at Lord’s in 2014.

Pakistan fast bowler Mohammad Amir quit Test cricket in July, while maintaining that he is available to play ODIs and T20Is. This sudden decision brings to a close a Test career spanning 36 matches between 2009 and 2019, during which Amir took 119 wickets an 30.47 apiece.

He made his Test debut as a teenager in Sri Lanka and impressed with his left-arm pace and swing, in particular. However, hardly a year into Test cricket, and at 18 having become the fastest bowler to take 50 wickets, Amir was implicated in a spot-fixing scandal that erupted during a Test match at Lord’s. In early 2011, he was banned for five years after an ICC tribunal investigated the allegations, and pleaded guilty. Amir was imprisoned for six months in a UK prison. Amir’s sentence was lifted in 2015 and he made his return to international cricket in early 2016. However, he was not the same bowler in Tests and his 22 Tests since 2016 yielded Amir 68 wickets at an average of 31.51 with one five-wicket haul. 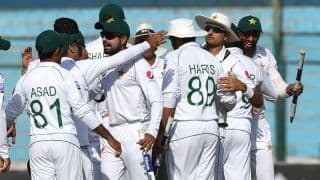