Yorkshire became Monday the first English cricket county to announce they had put their players and coaching staff on the British government’s furlough financial aid scheme. With the English domestic season delayed until May 28 because of the coronavirus and further postponements likely, talks have been ongoing between the 18 first-class counties and the Professional Cricketers’ Association over questions of pay deferrals and wage cuts.

Under the scheme, the British government pays 80 percent of wages up to 2,500 ($3,070) per month. The PCA had planned to announce a collective response following conference calls over the weekend but Yorkshire, the county of England Test captain Joe Root, broke ranks to say they had decided to opt for the furlough scheme on Friday.

“Following a board meeting on Friday, the club took the decision to furlough all players and coaches. Each player and member of staff in the cricket department were contacted individually by director of cricket Martyn Moxon on Friday night.”

Former Yorkshire and England batsman Moxon, acknowledging there was a “bigger picture than cricket and it is vitally important to stay safe”, explained the White Rose county’s action by saying: “From a club point of view, we feel that these measures need to be taken to ensure as little damage as possible to the business.

“The players are disappointed not to be playing as they have worked hard during the winter and have been excited about the season ahead. However, they are all fully understanding of the club’s decision and we hope that the situation improves as quickly as possible to ensure that everyone can resume some kind of normality as soon as possible.”

Premier League football clubs such as champions-elect Liverpool, far wealthier than their county cricket counterparts, have been widely criticised for taking advantage of the furlough scheme. But there is likely to be less flak for the likes of Yorkshire given their record operating profit of 6.5m last year was dwarfed by the pre-tax profit of 42 million posted by Liverpool in February. 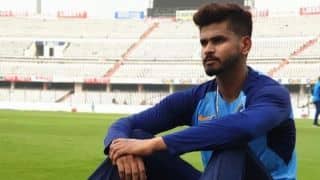 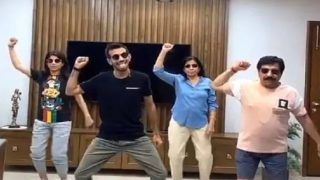