Kohli scored an astonishing 1,322 runs at an average of 55.08 in 13 Tests with five centuries during the calendar year.

The news made the legendary West Indies legend ecstatic. “You have made my day with the great news,” Sobers was quoted as saying in a report in MID-DAY on Wednesday.

“He is a great player and there are not many cricketers around who can match his ability. As a captain too, he is very intelligent. He deserved this award,” the 82-year-old Sobers said after Kohli became only the second player after Australian great Ricky Ponting to retain the Sir Garfield Sobers Trophy.

“Kohli is a great human being, a wonderful person. I met him once in Trinidad. My heartiest congratulations to him,” he said. (ALSO READ: Test specialist Cheteshwar Pujara brushes off advertisers’ snubs)

Meanwhile, asked about what it means to him to have a trophy in his name, Sobers said: “I am thankful to the ICC for naming the trophy after me. I am not sure whether they would continue to name the trophy, but if they wish to change it in future, I have no issues with it. They are entitled to do so, if they wish. I am thankful to those who suggested my name be associated with the trophy.”

Kohli, on his part, said the award was a recognition for all his hard work through 2018. “It’s a reward for all the hard work you do through the calendar year. Having recognition at the global level from the ICC is something you feel proud of as a cricketer because you understand that there are many players playing the game,” Kohli was quoted as saying by the ICC in a release. (ALSO READ: ‘Not only Virat Kohli, Indian team has other top batsmen who can break Sachin Tendulkar s record’)

“Obviously, a very proud moment for me and something that gives you more motivation to keep repeating the same things because you have to keep the standard of cricket up and keep bringing in consistent performances,” he added. 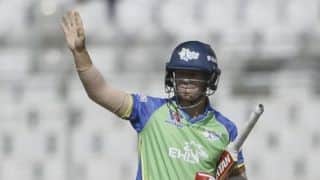 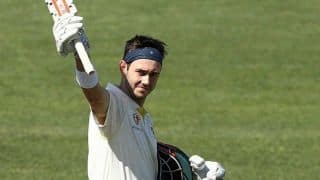