Experienced Pakistan batsman Younis Khan on Monday described his expulsion from the one-day side as "shocking" but vowed to end his limited overs career on a high. 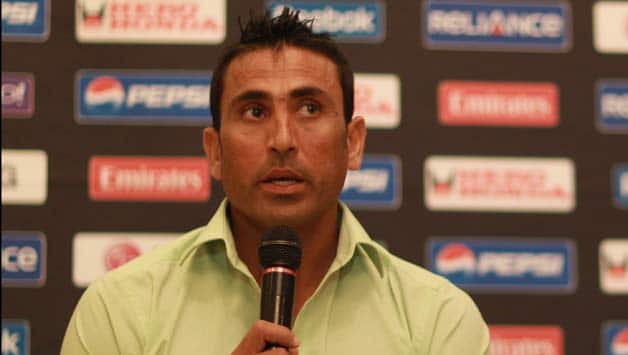 Experienced Pakistan batsman Younis Khan on Monday described his expulsion from the one-day side as “shocking” but vowed to end his limited overs career on a high.

The 35-year-old was last week left out of Pakistan’s 16-man squad for the five matches which follow the two-Test series against South Africa.

Pakistan won the first Test by seven wickets in Abu Dhabi while the second Test starts in Dubai from Wednesday.

A veteran of 253 ODIs, Younis has not scored a limited-overs century since November 2008 and managed just 116 runs in the five-match series in South Africa earlier this year.

He was also not part of Pakistan’s one-day team which won the series 2-1 in Zimbabwe last month.
But the senior batsman said he was surprised and shocked.

“I am surprised I am not in the one-day team, it’s a shocking news for me. After the last series, it was surprising for me, but for me life goes on, for me this is never easy,” Younis said ahead of the second Test.

“I think when Imran [Khan] left he must be 40-42,” said Younis of former Pakistan captain, who retired after guiding Pakistan to World Cup victory in 1992.

“I would say that for Misbah, look people say that you are 34 or 35, but it’s up to fitness and being positive on your body. I still feel good, I feel that I am fitter now than I was when I was 23 or 24 years of age.

“Your fitness comes with time and age, I think I have no plans for 2015 but my plan is that when I feel that my body is not allowing me to play then I am the most honest person I will leave but not after being dropped, I will be going on a good note.”

Younis retired from the shortest version of the game after guiding Pakistan to World Tweny20 win in England in 2009.

“The way I retired from the T20, I mention it repeatedly. People feel that I don’t want to play ODIs and have told that to the cricket board, but there is no such thing, when I will leave I will leave with a bang.”