Currently playing his final Test for Pakistan in the three-match Test series versus West Indies, Younis Khan has made quite a name for himself in the coaching/mentoring arena as well. Recent reports suggest the legendary batsman will take up coaching assignment with the Afghanistan national team post retiring. Besides, Younis was also the mentor for Pakistan Super League (PSL) 2017 franchise Peshawar Zalmi. He has earned accolades from none other than two-time ICC T20 World Cup-winning captain Darren Sammy, who was in charge of Zalmi in championship-winning 2017 PSL edition. Sammy has recently said that Younis’ motivation and calmness in the dressing room egged on every player to perform better.

Sammy said, “I have a lot of respect for legendary Younis Khan. It was a wonderful experience to work with him during Pakistan Super League’s second season,” as per a report in Dawn.com. He further went on to add that Younis’ presence alone was a key factor in Zalmi’s title-winning season. “I was really impressed by the way he tackled the pressure situations and guided the team and because of his presence we succeeded in lifting the title,” Sammy added.

Sammy mentioned that the knowledge Younis imparted with Zalmi franchise will only help upcoming talent grow better. “As mentor of Peshawar Zalmi squad, Younis was always willing to pass on his knowledge to younger player and that experience will be vital for the younger players in the years to come,” Sammy quipped.

Along with Younis, Pakistan skipper Misbah-ul-Haq will also retire after the completion of the West Indies and Sammy was quick to congratulate them both. “I salute both Younis and Misbah-ul Haq for their outstanding achievements for their country. Pakistan will miss the legendary duo,” concluded Sammy. 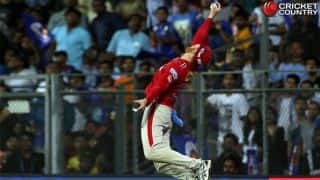 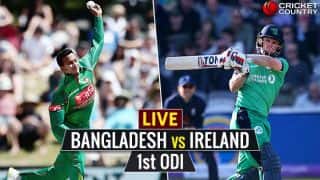