The star Indian allrounder has been in ominous form with the bat and the ball. 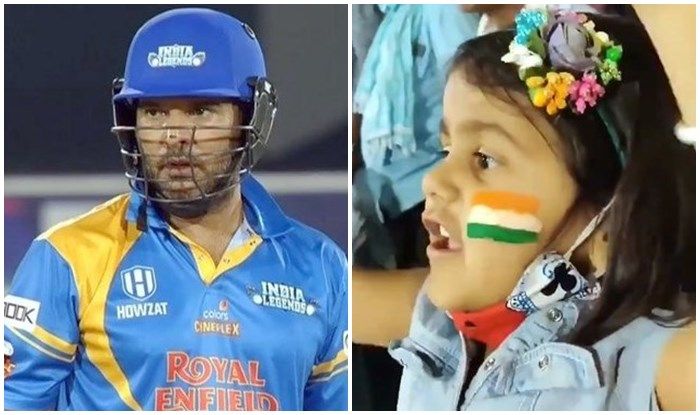 Yuvraj Singh has fans of all age groups – be it the old-timers or the new-age fans. During one of the recent Road Safety World Series matches, a little fan was cheering for Yuvraj. The cricketer saw the video and was mesmerized by it. Calling the little fan a ‘cutie’, Yuvraj advised her to wear a mask during the pandemic times.

Yuvraj shared the video of the fan cheering and wrote: “Who’s this cutie ?? Arey ohhhh betajiii stay safe and wear your mask all times.”

The star Indian allrounder has been in ominous form with the bat and the ball. Against South Africa, he hot four consecutive sixes to light up Raipur. He smashed a breathtaking 52 off 22 balls. In the game against West Indies Legends as well, he hit three back-to-back sixes of Mahendra Nagamootoo. In hours from now, India would be playing the final against Sri Lanka Legends.

Cho chweet. Nice to see that kiddie enjoying in the ground. May become a future woman cricketer for India and break many records. My fav stars Sachin, Yuvi, Virat

India would be hoping for another heroic show from Yuvraj in the summit clash. The Indian side has lost merely one game in the tournament and hence would start favourites in front of a packed stadium – full of Indian supporters.

The Lankans would rely heavily on Tilakaratne Dilshan and Sanath Jayasuriya. Given the form, India would have the edge on paper against their neighbours. 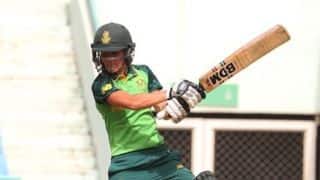