Yuvraj Singh recalled the moment and said that since the pressure was on Stuart Broad, he pounced on the opportunity.

If anybody is asked about India‘s swashbuckling batsman Yuvraj Singh, the very first things that would strike on one’s mind would undoubtedly be that very moment back in 2007, when he smashed England pacer Stuart Broad for six sixes in an over. Although it has been 10 years since that happened, the memory is still and very fresh on everybody’s mind, including Yuvraj himself. On Wednesday, during a programme organised by Mercedes Benz to support Laureus, Yuvraj recalled the moment and said that since the pressure was on Broad, he pounced on the opportunity and was confident that it would turn out to be his day. Video: Ashish Nehra reveals Virender Sehwag s scooter story, Yuvraj Singh s love for fashion and more

“The pressure was on him [Stuart Broad] obviously on the sixth ball. I felt it was my day and I knew that the bowler is going to make a mistake and I am going to pounce on it, because anything which I hit was going off the middle of the bat,” said Yuvraj. as reported by PTI. He also recalled of once being hit for five consecutive sixes in an over by Dimitri Mascarenhas the very same year a few months back, and said that he was happy that he gave something back to the English bowlers. “I remember getting hit for five sixes against England but very few people remember that, so I was happy to give it back,” he concluded. 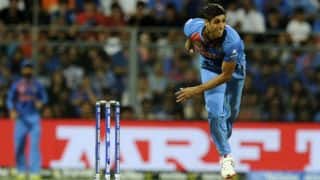 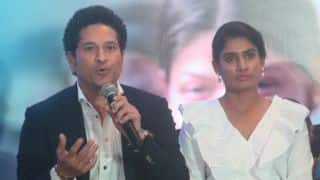